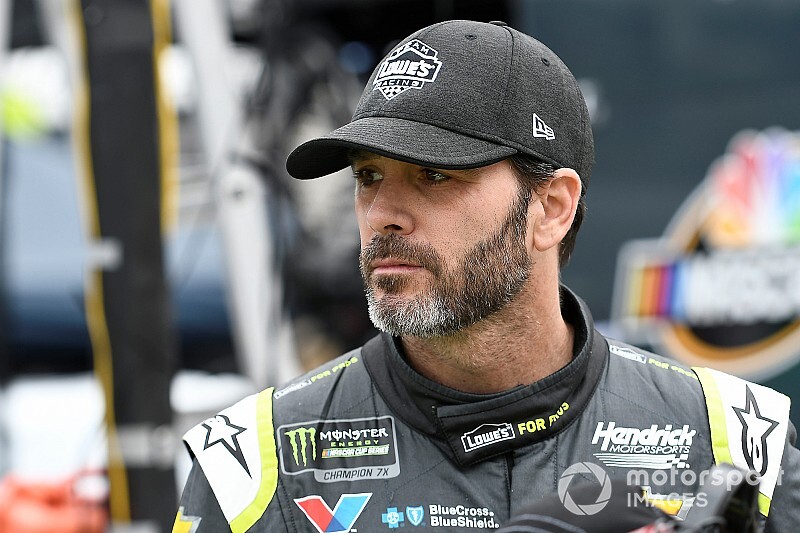 After going winless in the NASCAR Cup Series for the first time in 2018, will Jimmie Johnson rebound this season and visit Victory Lane?

As we’re just 10 days away from cars on the track at Daytona International Speedway for the start of the 2019 NASCAR and ARCA seasons, Motorsport.com welcomes questions from the fans.

Here are some of the questions submitted by fans during the offseason in the first edition of the NASCAR Mailbag for 2019.

There is no sport anywhere except for NASCAR where you win the very first event and are then in the playoffs. I would like to see the 'WIN and YOUR IN' eliminated.  Make every driver race each week for points. Or at least make it 3 or more wins to get in. I don't think the drivers would like it but I think the fans would. What are you thoughts? - From Terry

Hi Terry and thanks for your question. When NASCAR put this rule in place there attempt was to put more emphasis on winning than just ‘collecting point’ which upset a lot of fans. The parody in NASCAR is the best I’ve seen in my career in the sport - I’m starting my 27th season - and I think NASCAR is happy where they are now. To me, this creates an awfully lot of excitement as we get closer to the end of the regular season. Just my thoughts. There are fans who wish the old system of accumulating points was still used and I respect that, but I think the ‘win and your in’ format is here to stay. - Tim Southers

Will NASCAR use a cone rule to allow drivers to choose their lanes for restarts at race tracks this season? It would eliminate pit road chaos of drivers checking up, as well as create a new strategy for the drivers. - From JP

JP, the ‘cone’ rule that is used at many short tracks across the country will not be implemented this season at the NASCAR national series level although you do bring up a good point. Now the leader can pick which lane he/she wants to be in for the start of a race or a restart and that trend will continue for the foreseeable future. I will ask NASCAR again to see if there is any consideration for other levels of the sport. - Tim Southers

Will David Reutimann ever return to NASCAR racing again, or run a special event like the Daytona 500? Also, Do You envision He'll go into the NASCAR HOF someday? Will Carl Edwards ever join the HOF Class, and is he likely to headline, or just inducted? - From Zach

Zach, thanks for the question. I think we’ve all learned in recent history you can never say ‘never’ when it comes to a driver stepping out of the car for good, but it doesn’t seem likely Reutimann has anything lined up soon. In fact, Motorsport.com just reported a story recently where the third-generation driver and winner of two NASCAR Cup Series races during his driving days will serve as a crew chief in 2019 for Lee Faulk Racing. You can read about that here.

As for Carl Edwards, I’m sure he’ll be in the NASCAR Hall of Fame someday. I think it will just be a matter of time before he gets in. He won 72 NASCAR national series events including 28 Cup races so he definitely has the resume for consideration. - Tim Southers

Where do you place your expectations for the 48 team in 2019? With the new rules package, it does make getting opportunities like they had at the roval more possible, but more so how much will the rules package affect general race results and ultimately the consistency of every team's results individually? Does it make the chances of the 48 succeeding higher because of the rules package, or will the team or even just crew chief Kevin Mendeering take a much bigger effect over the car itself rather than the rules? - From Steven

Steven, this is a good question. After his performance last season was way ‘off’ by Johnson’s standards, I think they showed improvement especially during the second half of the 2018 season. I also feel Johnson proved he still has the fire and passion to win going for broke on the final lap with Martin Truex Jr. during the race on the ROVAL at Charlotte Motor Speedway. A new crew chief can also provide a spark and it will be interesting to see how fast Jimmie and Kevin gel during a race. - Tim Southers

I was hoping you could help me with a question. Do you know what type of fuel NASCAR's K&N Pro Series East and West use? Are there restrictions? If not do you know what is commonly used? I'm particularly interested in if drivers in these series switched from leaded to unleaded fuel when the rest of NASCAR switched from Sunoco Supreme to Sunoco GTX 260 in 2007.  Thanks so much for your help! - From Alex

Alex, I checked with NASCAR officials today and when the K&N Pro Series runs at a national series host track the Sunoco 260 GTX is required and supplied at all national series K&N pro series events. Most teams run the 260 GTX fuel even when it is not supplied. As for stand alone events the available track fuel that meets NASCAR’s specs per the rulebook or house fuel is an option. - Tim Southers