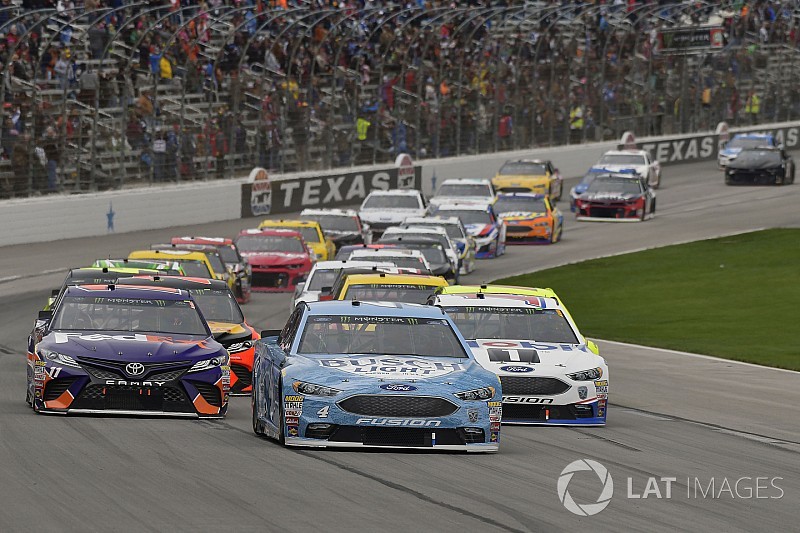 NASCAR admits it should have penalized Kevin Harvick during one of the pitstops that the Stewart-Haas Racing driver branded "pathetic" in Sunday's Texas Cup race.

The first problem was a lug nut that got jammed in the jack, dropping him down to ninth. Seven laps later he was forced to return to pit road with a loose wheel that put him a lap down on the field.

Harvick was handed a reprieve when Denny Hamlin triggered a large pile-up with Aric Almirola but, in a late stop with 44 laps to go, Harvick's pit crew dropped a wheel that was expected to trigger an uncontrolled tire penalty.

The SHR driver was not penalized, despite Ryan Blaney being punished for a similar offense, and NASCAR has since admitted it made the wrong call.

NASCAR's senior vice president of competition, Scott Miller said: "It was a judgement call and, after conducting a post-race review of the incident, an uncontrolled tyre penalty for the #4 car would have been correct. We missed that call."

Harvick said his pit road experiences were "pathetic", and that he and SHR have raised the problem with NASCAR.

NASCAR had previously called an investigation into new-for-2018 pit guns after a string of failures at Atlanta, and told Motorsport.com it had added a whip hose to connect guns to hoses in response to those issues.

It said that had “helped alleviate some of the issues we were seeing at Atlanta” but the problem has continued in subsequent races.

NASCAR added that it was still investigating whether Harvick’s crew had any problems, with SHR competition director Greg Zipadelli uncertain the team had an issue with the gun.