The other side of Alex Bowman: A new season 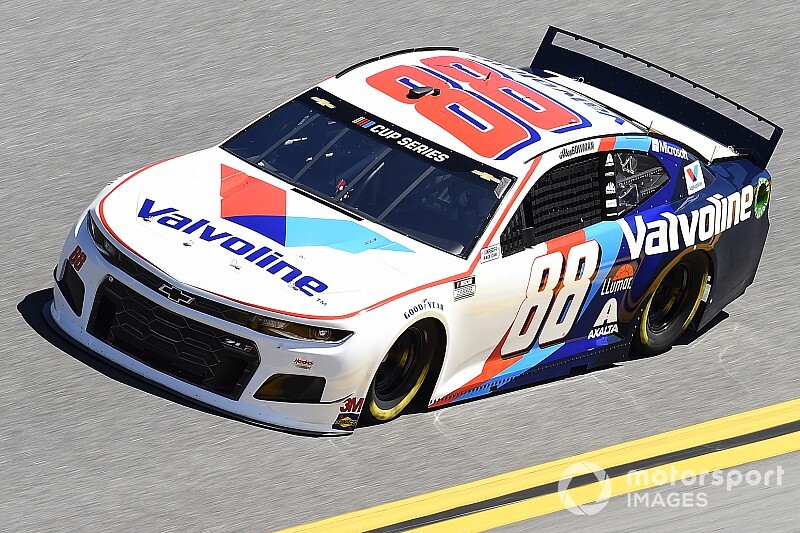 NASCAR Cup Series driver Alex Bowman will once again occasionally share a first-person diary throughout the season, giving fans a behind-the-scenes look at his life both on the track and off. He will also at times solicit questions from race fans on his social media channels and answer some here.

My offseason was fan-freakin-tastic. It was too short, but it was a lot of fun. I spent a lot of time again, kind of like normal, working in my shop, working on my Chili Bowl cars. At the same time, I really enjoy that. It’s work, but it’s enjoyable. That part of it was good. The Chili Bowl went well. I served as crew chief on both cars for the first time and that was interesting. C.J. (Leary) didn’t run as well as he normally does. I ran a little better than I normally do. Not that C.J. ran bad, the car just wasn’t where we needed it. I did the crew chief thing a couple times last year but I typically have a buddy from Arizona that comes in and does it and he had a work emergency and he wasn’t able to make it. It was a last minute, ‘I guess I’ll do it’ deal. It went OK. C.J made the ‘A’ Main and I made the ‘B’ Main, which is still really good but could have been a little better.

I went snowboarding for the first time and I spent a lot of time on my butt. I didn’t break anything. That was a really fun trip. I went to Jackson Hole (Wyo.) again and this year there were five of us. We had a great time. It’s a really cool city. We drank a lot of beer and had a fantastic time.

Not until Wednesday of this past week did I get itchy to get back to the track. I was out of things to do on Wednesday at like 11 a.m. I was like, ‘Alright, what do I do with the rest of my day?’ The Chili Bowl cars, there was really nothing I could do for a little bit. There was nothing to work on, nothing to tinker with. I had my workout done for the day and I just kind of sat there and did nothing. The next morning I got up and worked out and realized I had nothing to do. I was like, ‘Well now what am I going to do?’ So, Wednesday and Thursday I was ready to get here and get going. I’m really just looking forward to making the most out of this year.

I’ve got some pretty high hopes coming into this weekend. The Hendrick Motorsports speedway cars are some of the best out here most every time we go speedway racing. At the same time, so much of speedway racing is out of your control. This weekend is more about – at least on the Daytona 500 car side of things – the guys kind of showing what they worked on all season and the on-track product they produce. Qualifying speed on a speedway is all in the chassis shop, engine shop and body shop and how well the car is prepared at the track. I don’t know if we will sit on the pole with the No. 88 car. I’m curious how we’re going to run. 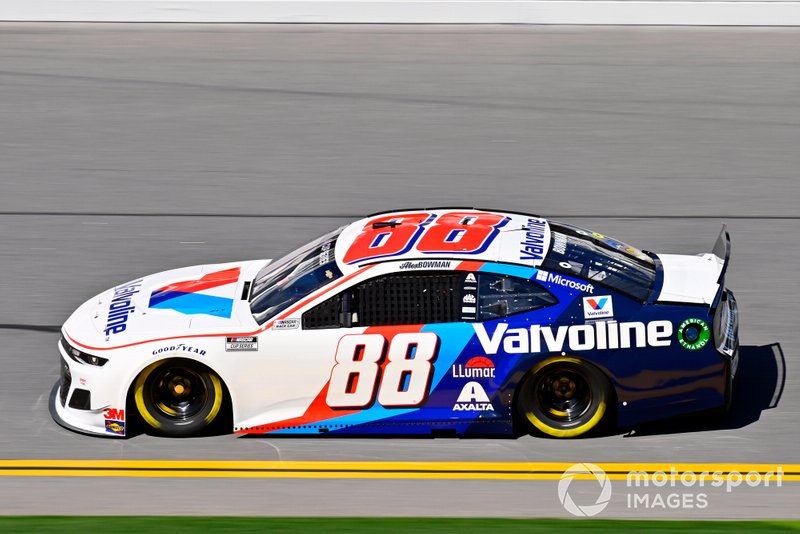 Two years ago, I asked Greg (Ives, crew chief) if we were going to win the pole and he said, ‘If not, we’re in trouble.’ Last year, it was ‘Ehh, I dunno.’ This year is ‘Ehh, maybe.” So, I don’t know what to think about qualifying. We’ll have to see what the cars have for speed, especially with our new Chevy body style. Chevrolet is all-in all the time on trying to make our on-track product better and obviously everyone at HMS is as well. I think it’s a natural for the Camaro Zl1 1LE to be the Cup car. It’s like the highest performing Camaro. Anything we can do to run better, I’m all in.

“What has Roscoe done that he’s been banned from coming to the tracks with you and Finn?”

What hasn’t Roscoe done to get banned from the race track? I’ve met a lot of interesting dogs throughout my life experiences and he is not the worst dog of all the dogs that I’ve met but he’s definitely not the best dog out of all the dogs that I’ve met, either. Like C.J. Leary’s dog, Charlie, is a good reason I don’t bring Roscoe to the race track. Charlie was at the Chili Bowl for 30 minutes and bit three people. So, Roscoe won’t bite people but if he sees another animal, that thing is going down. It’s probably not going to live much longer. So, Roscoe stays at home. I tell all my friends not to bring their dogs over. He’s got like three friends that he gets along with. I don’t know why Roscoe is like that. He was a rescue dog so I don’t know all he’s been through. He just doesn’t like other dogs. That and he’s just whiny. I took him to Martinsville a couple of years ago and I closed my bus door and I’m walking through the tunnel to the infield and I still hear Roscoe barking. I just couldn’t do that anymore. Finn is super-laid back and chill and loves everybody.

“What about how you and Cleetus McFarland met and became friends?”

I’m big into cars and the Cleetus McFarland YouTube channel is a big car channel on YouTube. He has a ton of followers, has a bunch of cool cars. He has a bunch of drag cars and then he also has like a street-legal old NASCAR truck and stuff like that. It’s pretty neat. He was in Charlotte for Street Car Takeover a couple years ago, probably 2017. One of his cars broke and he ended up at a buddy of mine’s trying to fix it. We met then and we’ve been in contact ever since. He just bought DeSoto Speedway. He’s just killing it with his YouTube channel, so it’s really cool to see. He’s a good dude and hopefully I’ll get to do some fun stuff with him this year.