Friesen and Creed to get dirt rematch after Eldora 1-2 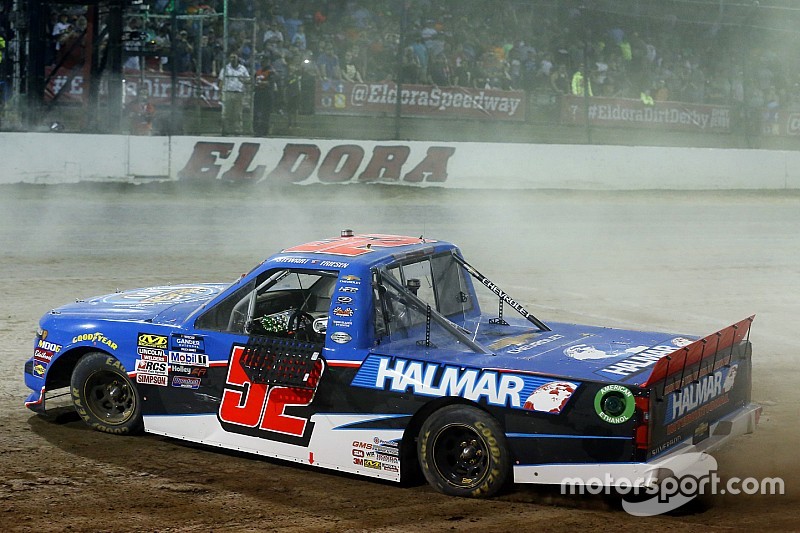 The two are going to go toe-to-toe again in their NASCAR Trucks one more time on the dirt, competing in a one-on-one 10-lap exhibition race at Orange County Fair Speedway in Middletown, N.Y.

The exhibition race, which has been approved by NASCAR, is part of the track’s Centennial Race Weekend, which includes a $100,000-to-win big block modified race.

A NASCAR spokesman said since there aren’t any other dirt races in the Truck series the remainder of the 2019 season, neither competitor would gain a competitive advantage. NASCAR also sees this as an opportunity to expose Trucks racing on dirt to another audience.

Both Friesen and Creed’s trucks as well as their respective team haulers will be on display beginning on Friday, Aug. 16 at the track. Middletown is located about 70 miles northwest of New York City.

Friesen’s No. 52 Halmar Friesen Racing Chevrolet has sported logos on his truck promoting the Centennial Race Weekend in three races this season, including Thursday night at Eldora.