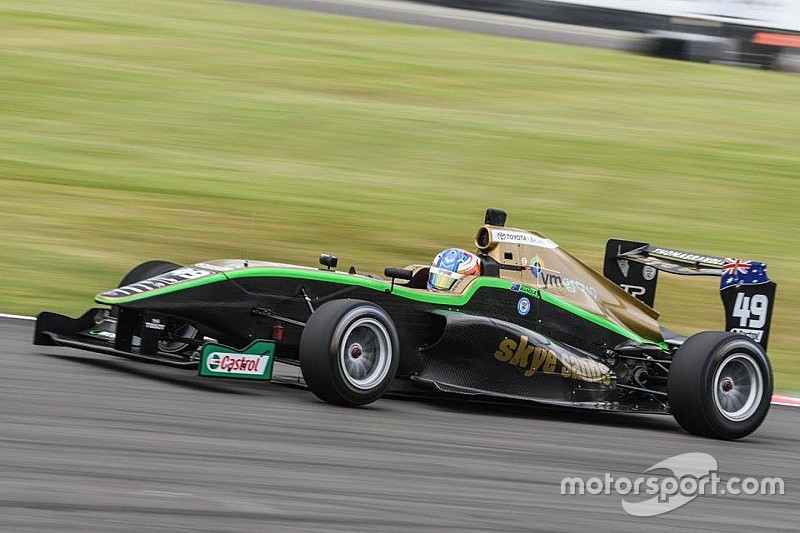 However, the race was almost immediately red-flagged due to Luis Leeds colliding with Christian Hahn and Piquet dropped behind both Armstrong and Randle at the restart.

That made Randle the highest-ranked title contender, the Aussie running just ahead of Piquet and Verschoor.

Out in front, Daruvala quickly built a safe lead and at halfway point his advantage was nearly two seconds over Armstrong, who was closely followed by Randle.

While Armstrong made up ground as the late stages of the race approached, he never managed to get close enough to make a move, allowing the Indian to win.

Although Armstrong could not shake off Randle, the Australian did not risk an overtake and it was the Kiwi driver finishing runner-up.

Out of the title contender trio, Verschoor quickly lost ground, dropping a couple of seconds behind Piquet and never managing to put pressure on the Brazilian.

Piquet managed to keep up with Randle in the first half of the race but then also started to fall behind.

He picked up the pace late in the race, running less than a second to Randle but it was the latter crossing the line in third and thus taking the title.

Brendon Leitch passed Enaam Ahmed for sixth only to fall down the order with just a couple of laps to go.

It was Ahmed taking sixth as a result, with Ferdinand Habsburg overtaking Keyvan Andres to finish seventh. Australian Harry Hayek and local driver Taylor Cockerton rounded out the top 10.

In winning the 2017 edition of the TRS, Randle became the first Australian become champion in the off-season series - and the fourth non-Kiwi driver to do so alongside Lance Stroll, Lando Norris and Andrew Tang.