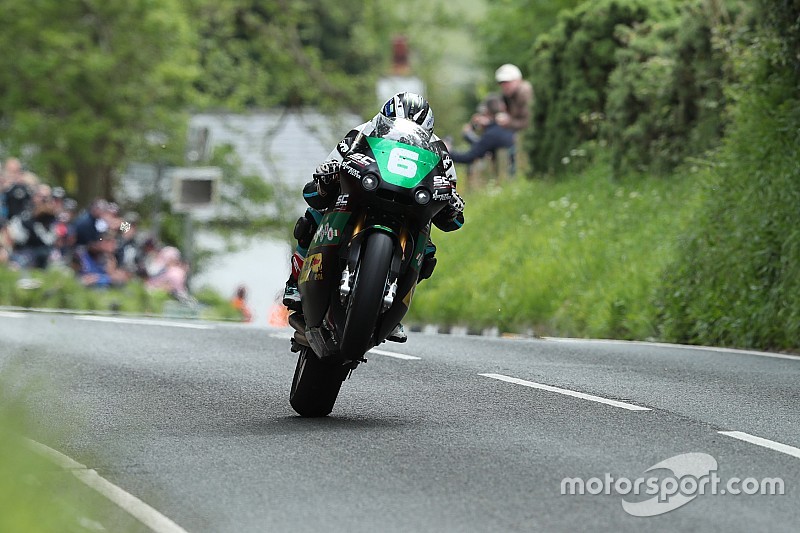 Multiple Isle of Man TT winner Michael Dunlop says he is “back on my feet” having broken his pelvis in a crash during a Superbike race at the Southern 100 last week.

Dunlop was looking to add to his SBK podium scored in Wednesday's first race at the 2019 S100 in Thursday's second outing for the 1000cc machines, and ran eventual winner Dean Harrison close early on. However, the Tyco BMW rider suffered a highside crash at Castletown Bridge at the end of the second lap, which ruled him out of the rest of the meeting.

He was taken to Nobles hospital on the Isle of Man, where he was diagnosed with a broken pelvis as well as several other fractures. Dunlop was discharged from hospital on Thursday evening, and said in a brief social media post: “After breaking my pelvis and [suffering] multiple breaks and bruises, [I'm] back on my feet.”

He is a confirmed entry for the upcoming Ulster Grand Prix taking place from August 5-10, but this latest injury setback has put his participation in doubt.

Dunlop took a hiatus from racing following the death of older brother William during practice for the Skerries 100 last July, but re-signed with the Tyco BMW squad for '19 and made his racing return in May's North West 200. However, he came into the year's first international road racing carrying a wrist injury sustained in a crash during a test on the new BMW S1000RR at Kirkistown.

Dunlop suffered yet more injury woes just weeks later, when he crashed his Ford Escort MkII during the Donegal Rally and was reported as suffering “serious injuries” – which he later revealed were to his shoulder.

Rival Harrison took a clean sweep of six victories at this year's S100, including a third-successive Solo Championship win to add to his Senior TT victory aboard the Silicone Engineering Kawasaki.