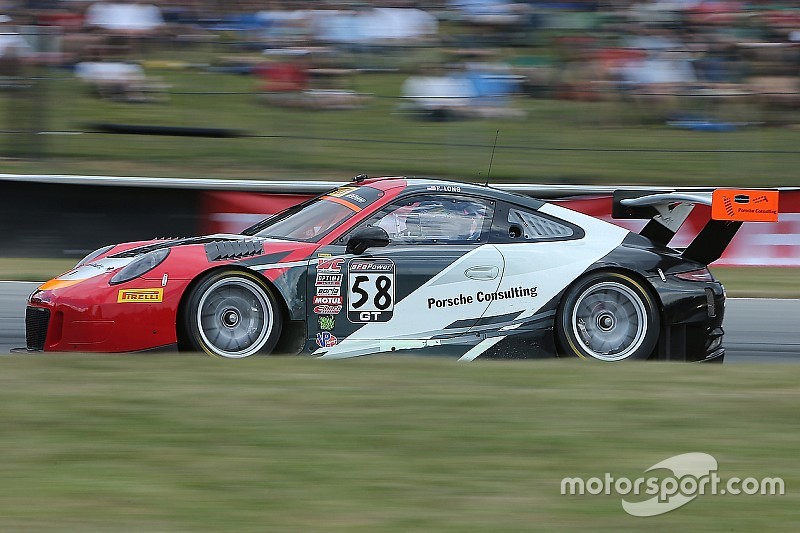 Patrick Long and Michael Schein will race Wright Motorsports Porsche 911 GT3 Rs in this year’s Pirelli World Challenge GT and GTA categories respectively, while Jorg Bergmeister and Jan Heylen will join them for the SprintX rounds.

After finishing second in both the GT and GTA title races last season, Wright has elected to retain Long and Schein in the #58 and #16 Porsches. 2011 PWC champion Long clocked three wins while Schein grabbed GTA honors in eight of the races.

Long and Bergmeister have class wins together at Le Mans 24 Hours, Rolex 24 Hours at Daytona and the Sebring 12 Hours, while Heylen has raced for and coached for Wright.

Said team principal John Wright: “As a team owner, I couldn't be happier with the depth of our Sprint and SprintX lineup. I’m looking forward to working with Patrick and Jörg as teammates again and very excited to see what Jan and Mike can do sharing a seat in GTA. It’s been a long offseason, but now we’re ready to kick things off and take care of some unfinished business."

Jens Walther, president and CEO of Porsche Motorsport North America, added: “Seeing Patrick and Jörg back together brings a smile to my face, as I’m sure it does for many fans of the driver duo from the 911 GT3 RSR Flying Lizard Motorsport days.

“The Flying Lizard team was one of the most popular and successful customer teams in recent memory, with multiple championships to their credit. The two will definitely add excitement to the growing PWC SprintX format.”

Said Long: “I’m very grateful to be back for another shot at the championship with the Wright Motorsports team. It’s also great to be back in a car with my long time co-driver Jörg Bergmeister. This will be our eighth time running a season championship as teammates since 2004.

“Jörg is a tremendous competitor and always pushes every aspect of the program to be its very best, including his teammate! We’ve shared a lot of very fond memories and victories in the past and have many more to make in the coming races.

Added Bergmeister: “The Pirelli World Challenge is going to be a new series for me and I’m excited for the challenge. Patrick has already been very successful in this championship so I'm looking forward to helping him with some unfinished business.

“We've already had a very good test with the team and hopefully that will translate to many successful races for us during the SprintX season.”

“I've been working with John Wright for four years now,” said Heylen, “and started coaching Mike in his first year of the IMSA GT3 Cup Challenge [2014], so everyone there is family to me. Mike is certainly one of the quicker GTA guys out there well so I'm confident that we have a great shot at this.

“It's also nice to be in a car next to Patrick and Jörg. There will be some good competition within the team and I like that.”