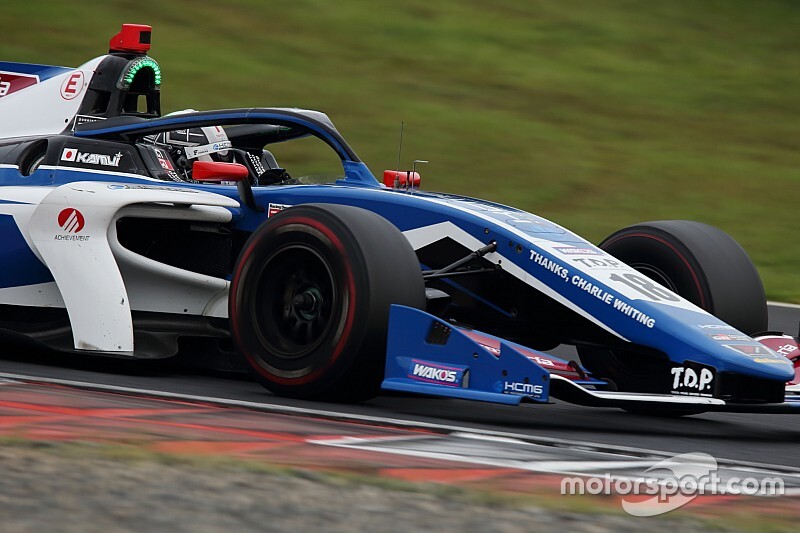 Kamui Kobayashi has put the blame on Alex Palou for the incident that forced the ex-Formula 1 driver out of last weekend's Okayama Super Formula race.

Kobayashi and Palou were fighting for fourth when the two made contact at the hairpin on the final lap, Kobayashi’s car getting pitched into a spin and into retirement.

The KCMG driver subsequently approached race director Tsugio Matsuda to report the incident, but the investigation cleared Palou of any wrongdoing.

"I was going to overtake from outside of him," Kobayashi explained. "In the middle of the corner, I almost overtook him. Then, Palou touched with my right-rear wheel. My wheel was broken and I spun.

"However, race steward said 'this is racing incident' despite the contact between my right-rear wheel and his front wing. I cannot understand it. If stewards say that is racing incident, it will be OK every contact.

"The big problem is the stewards didn’t investigate thoroughly. May be they wanted to go home immediately. It is very disappointing for me."

Palou, who held on to fourth place after the incident, disputed Kobayashi’s claim, saying there was no contact between the two drivers on the final lap.

“I think [there was] no touch but he just went outside [with] too much speed,” Palou said. “He is saying I touched but he [was] looking [at the] rim from Kazuki [Nakajima’s] touch.

“He is saying [his] rim [was in] really bad [shape], but I think rim [was already] really bad from other crash, not my crash.

“How they checking, I don’t know. But I know me. If they want to push and they want to take point out. But I don’t think there is any problem, I’m okay. Now he [is] little bit more calm.”

Kobayashi believes victory was on the cards at Okayama, had the safety car not been out when the pit window was opened on lap 11.

The ex-F1 driver employed an unconventional strategy on Sunday, getting rid of the slower medium tyres on lap 1 and then making a second pitstop later in the race for another pair of softs.

That allowed him to rapidly rise up the order in the closing stages, before contact with Palou resulted in his first retirement of the season.

"Throughout the year, we’ve had no luck - this time in regards to the timing [of the safety car],” Kobayashi rued. “If the safety car hadn't come out, we might have won.”

Both Kobayashi and Palou head to this month’s Suzuka title decider with a mathematical chance of winning the title, but Kobayashi needs to win the bonus-points race to have any chance of overcoming a 10-point deficit to standings leader Naoki Yamamoto.

A victory at Suzuka for Palou or second-placed Nick Cassidy, who was also involved in a tangle with Kobayashi at Okayama, would guarantee them the title.