The pole-winning Racing Project Bandoh Toyota "lost everything in a lap and a half" at the start of SUPER GT's Fuji 450km with its poor tyre warm-up, admits the team's chief engineer Varun Srinivasan.

However, any hopes of a first GT500-class win for Yokohama since 2016 were once again quickly dashed as both of its cars went backwards at the very start of the race.

By the end of the opening lap, Sakaguchi had been shuffled down to fourth place behind the two Bridgestone-shod TOM'S Toyotas and the Michelin-shod NDDP Nissan, and a lap later the Bandoh car was down to seventh.

Sakaguchi was able to recover one place before the pitstop phase began, but after handing over to Kunimoto on lap 41, the Bandoh Toyota was down to a lowly ninth place by the time of the first of two red flags.

That became sixth at the finish following Mitsunori Takaboshi's race-ending crash in the NDDP Nissan, and penalties for the two Toyotas that finished first and second on the road, the SARD and #37 TOM'S machines. The Kondo Nissan of Daiki Sasaki and Kohei Hirate was classified eighth.

While encouraged by the consistency of the Yokohama tyre compared to previous years, Srinivasan admitted that Sakaguchi was powerless to prevent himself slipping down the order at the start.

"We knew that for the tyres we had, the warm-up wasn’t great," Srinivasan told Motorsport.com. "We took all the precautions we could to allow Sena to keep the lead, but it didn’t work as we hoped.

"It’s a shame because all the hard work to get the car on pole we lost in a lap and a half. But once the tyres were in the window, his race pace was good and he didn’t complain on the radio [about degradation].

"When we look back and analyse, there are things we could have done differently, but we just couldn’t warm the tyres enough.

"The good thing was we had a solid race pace. Yokohama has improved a lot since last year, but again, there were a few things we could have done better as a team [with the warm-up] and that’s where we lost out." 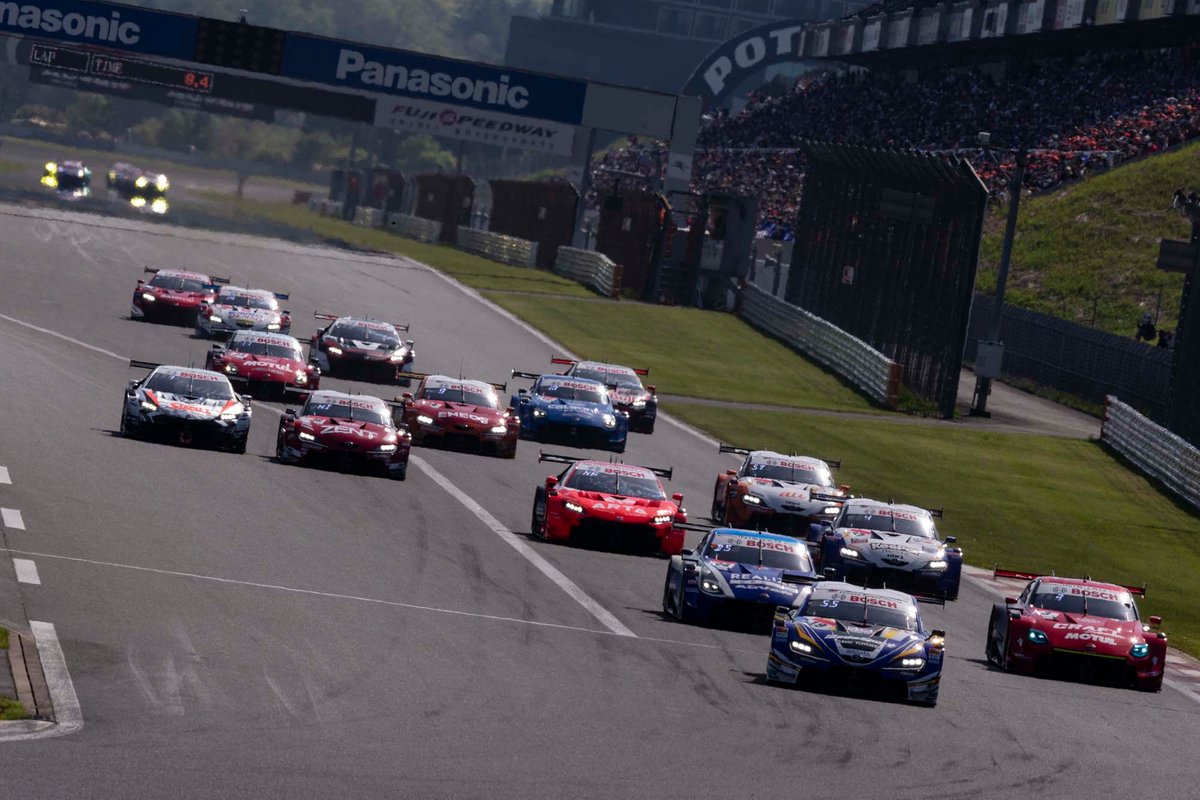 Srinivasan said that the lack of severe degradation meant that the team was aiming to double-stint its tyres for the latter portion of the race.

"After the first stint, the tyres had done about 40 laps and they were worn, but we knew they could do at least 40 laps," he explained.

"There were 60 laps left, but we expected either a FCY or safety car, so maybe there would have been about 50 laps of green-flag racing, so we asked Kunimoto to hold back a little and we were aiming to make the tyres last.

"If we had done the traditional strategy of changing tyres again, we knew the warm-up was bad, and with the temperatures dropping, his out-lap would have been bad and we would have lost so much ground. That was the plan."

The improved race pace shown by the #19 GR Supra has left Srinivasan cautiously optimistic of a strong showing when SUPER GT returns to Fuji for its fourth round of the season in early August.

"I think the track temperature was around 35 degrees this time, and in August it will be hotter, so warm-up won’t be so much of an issue," he said. "Also, by the next Fuji race, other cars will have more success ballast.

"It’s hard to be too confident, but we did learn a lot. We know we have the one-lap performance, and we have good race pace. If we can replicate similar performance, and improve our weak points, we can aim for a good result."

SUPER GT unlikely to return to Thailand, Malaysia next year

Miyata "happy to be frustrated" with Motegi SUPER GT defeat

Farfus says BMW could have reliability edge over LMDh rivals