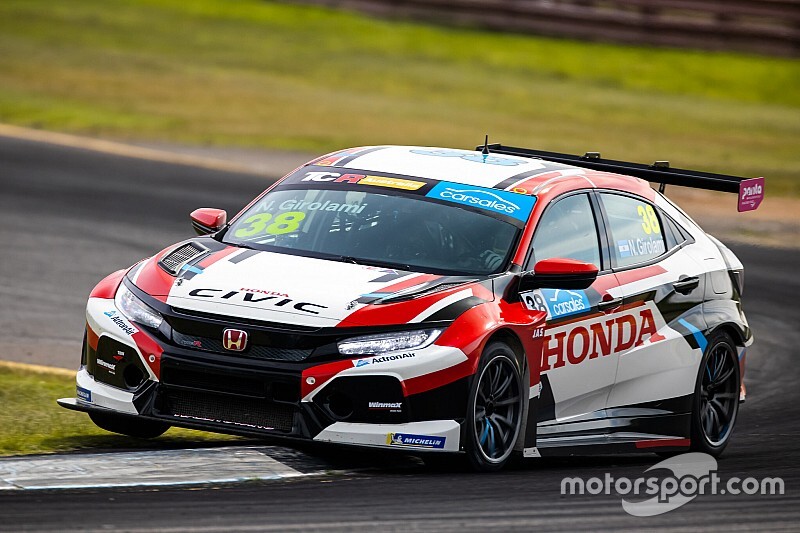 Nestor Girolami made a perfect start to his TCR Australia cameo, dominating the opening race at Sandown.

The WTCR ace was never troubled over the 20-lap journey, pulling as much as 3.5s clear along the way.

Series leader Will Brown did close that gap in the closing stages, but couldn't stop Girolami claiming a 2.2s win for the Wall Honda squad.

Quickly getting past Cox, Martin proved a tougher nut to crack for Brown. It wasn't until Lap 12, as Martin struggled on four wet tyres in drying conditions, that Brown charged into second.

Martin, meanwhile, held on for a remarkable fifth place, Liam McAdam (MPC Audi) and James Moffat (GRM Renault) right on his hammer at the flag.

Andre Heimgartner, who started on the outside of the front row, didn't see the finish thanks to a suspected suspension problem on his Kelly Holden.