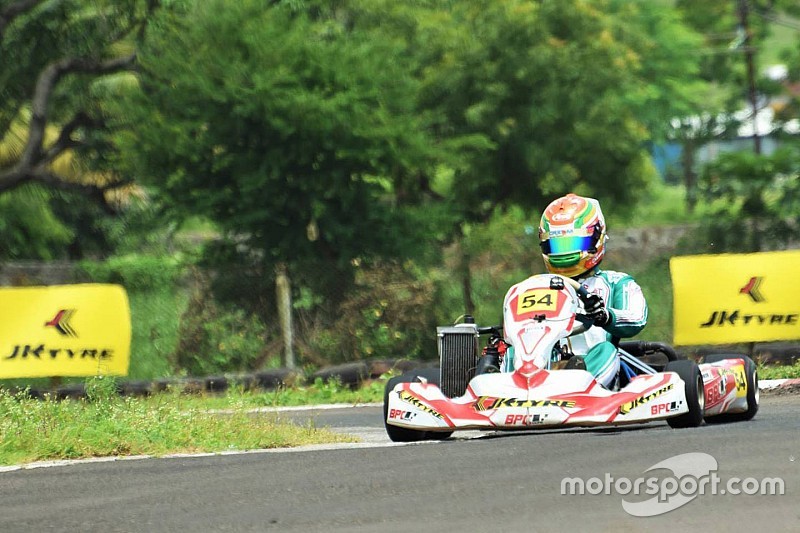 Cape Motorsports with Wayne Taylor Racing has announced the signing of Indian driver Ricky Donison for the 2017 USF2000 Championship.

The 18-year-old becomes the first Indian to enter the series and will drive the #2 USF-17 for the reigning champion team this season.

"I haven't done a great deal of running in [formula] cars yet, so it's going to be quite a big step moving up from karts, but I am really looking forward to racing the USF2000 series and taking the Mazda Road to Indy, especially because no other Indian has ever taken this route, so I will be the first," said Donison.

"Testing is going well so far and I am adapting to the car rather quickly, but I still have some work to do. I'll be sure to be there when it matters.

"My expectations aren't too high because it's my first year properly racing cars and my first year in the championship with new cars and tracks that I've never driven.

"I'm hoping to consistently be in the top-5 or 6 every race. I'm really looking forward to the first round in St. Petersburg," the Bangalore-born driver added.

The JK Tyre-backed driver, having started karting in 2013, has multiple National titles to his name, including being a three-time champion in the Senior class.

In 2015, Donison became the first Indian to end up inside the top five of the Rotax Max Asia championship with a fourth place finish. He went on to challenge for the title in 2016, finishing second.

The Indian made his single-seater debut in the Indian Euro JK championship last year and also raced in the Trophy Event of the FIA UAE F4 series, taking multiple podium finishes.

"We are really excited to have Ricky compete on behalf of our team this year," said team officials Dominic and Nicholas Cape.

"The tests have gone well, and he has shown great improvement, so we're looking for big things from him."

The team will take part in the official pre-season test at Homestead-Miami Speedway on February 28 and March 1, before the 2017 season kick starts on the weekend of March 10-12 with the Grand Prix of St. Peteursburg.

The season will see a total of eight rounds and 14 races spread across the various circuits in the USA, with the year culminating at Watkins Glen International in September.