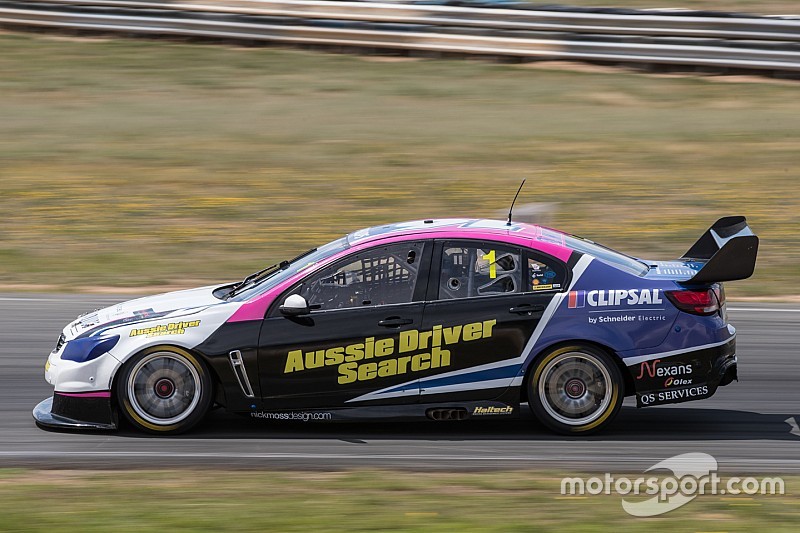 The Aussie Driver Search programme has altered its prize pool for 2019 onwards, with plans to run the winner in Super2 scrapped in favour of Super3.

The ADS programme awarded a full-funded season in Super2 to its 2018 Pro class winner Matt Powers, and had announced that the same prize would be on off for the top class this year as well.

However that plan's now been altered, with the Super2 plans scrapped in favour of a programme in the third-tier Super3 series.

That applies retroactively as well, with Powers set to be handed at least a two-year programme in Super3 in lieu of the single Super2 season he originally won.

The American will race ADS' ex-Tickford FG Falcon in Super3, rather than the Matt Stone Racing Holden he was set to campaign in Super2.

ADS is also looking to put together the additional funding needed to help Powers progress to Super2 in 2020.

From this year onwards the Pro class winner will win a single Super3 season, the alteration in prize coming with an entry free reduction from $4950 to $2950.

"After successful campaigns in Super3 last year, we feel that the third-tier Supercars category is the best place for a driver to start their career,” said ADS founder/director Kyle Austin.

“Making it to the main game is a three to five year process and we feel our winners are better served developing in Super3 at the pointy end of the field with less pressure than Super2 for their initial season.

“We feel that this change also will encourage more people to enter our programme with Super3 being a more natural step, while still gaining valuable Supercars mileage. It also reduces the Pro Comp entry fee considerably to make it more accessible.

“At the end of the day, we only want to do it at the most competitive level we can, so we are working hard on gaining the appropriate budget required to race in Super2, and eventually elevate our previous winners to ultimately reach the Supercars championship."

The GT class winner is still set to bag a fully-funded drive at the 2020 Bathurst 12 Hour.

The ADS Audi finished 10th outright and second in the Pro-Am class at last weekend's 12 Hour, with Roger Lago, David Russell and Todd Hazelwood at the wheel.