Todd Hazelwood was taken to a hospital for precautionary checks after a nasty crash during the Bathurst 1000 on Sunday.

Hazelwood brushed the wall on the entry into Sulman Park before heading straight into the wall, ending the race for the #35 Matt Stone Racing entry he was sharing with Jack Smith.

With the driver's door on his Holden trapped by the barriers, Hazelwood was forced to use the window on the left hand side to extract himself from the car.

Hazelwood was subsequently placed on a stretcher and taken to hospital for precautionary checks, scans clearing the 24-year-old of any serious injuries.

He's since been discharged and says he'll be fine to take part in the next Supercars enduro on the Gold Coast later this month.

“As soon as I jumped in the medical car I could feel pain in the left side of my neck and some throbbing of the head,” Hazelwood told the official Supercars website.

“So I obviously told the medical staff what my issues were and they just took the safest precaution possible.

“Once I got into the medical room, they assessed what was wrong and then put a neck brace on me and put me in an ambulance to Bathurst in town.

“I can’t thank all of the medical team enough.”

“It all looked very dramatic but fortunately it was just for precautionary reasons.

“There was a few concerns about my spine and stuff so they just wanted to make sure that it was all ok. I got a couple of scans but fortunately it was all okay.

“I got to watch the last few laps of Bathurst in hospital, so certainly not the way we planned today to go.”

Hazelwood and Smith qualified 15th for the 2019 running of the Great Race, which proved to be an "up-and-down" affair for the MSR entry before the race-ending crash.

“It was an up-and-down day to be honest,” Hazelwood said.

“We had a good start and were comfortably running 12th.

“We were suffering from a bit of straightline speed today so it made racing and passing really difficult but we had a really strong chassis.

“The team at MSR did a great job, gave me a fast car, by far the best car I’ve ever had here at Bathurst and really gave me an ability to push and be comfortable, which is what you definitely want around here.

“Unfortunately we just lost a lot of time in the middle of the race there and we went a lap down, so when I got back in the car I had a mission ahead of me.

“The plan was to try to drive as hard as I could to get back in the race, knowing that anything happens towards the end of the race there but unfortunately it was my incident that really set off the sequence of events after that.

“The Mountain certainly bites when you get it wrong across the top.” 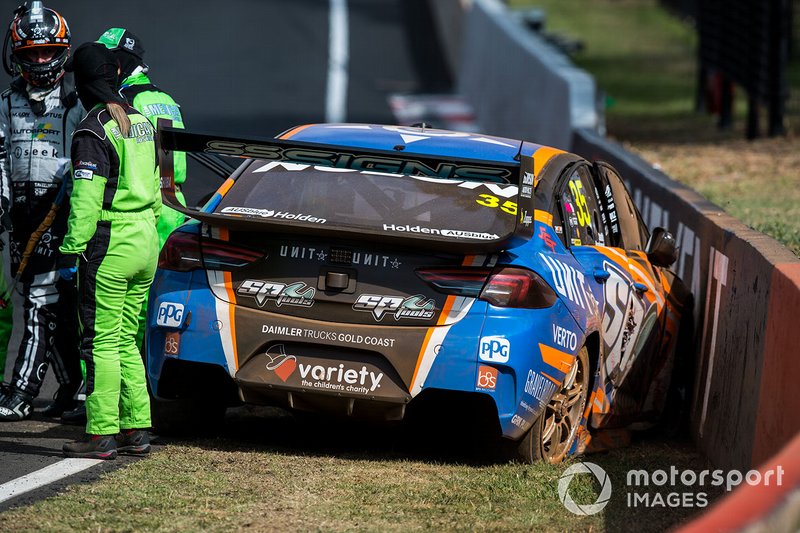 Hill confirmed at MSR for 2023 Supercars