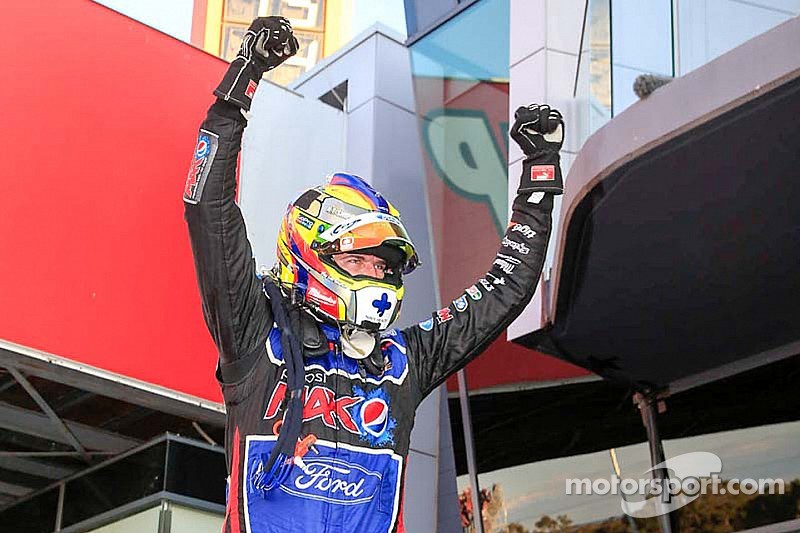 Chaz Mostert is one of the biggest surprises to come out of Bathurst in recent years.

While most 22-year olds are at home eating pizza and playing ‘Call of Duty’, Mostert just won 'Australia’s Greatest Race.'

When I think back to when I was 22-years old, I think of a fat redhead who liked to stay home and play video games, wanted to be a rockstar (and more or less acted like one) all while delivering pizza’s to bring in money which would be used to buy even more video games.

Talk about the high-life.

One may find it hard to imagine, however, that a 22-year old named Chaz Mostert, the 2010 Australian Formula Ford champion and arguably one of the most inexperienced V8 Supercar drivers in the category, just claimed the greatest prize in Australian motorsport: the Peter Brock trophy. To top it all off, he and co-driver, Paul Morris, did all of this after starting in dead last.

Was it just luck?

Let’s get this out of the way first. I could give you the long answer to that question but I won’t. If anyone anywhere at any time feels that it’s even remotely possible to win the Bathurst 1000 after starting from last place by simple luck, please feel satisfied to know that certain fast-food chains are always hiring people of your skill-set.

What happened on the podium of the 2014 Bathurst 1000 was something I will never forget. At 3am, I watched three battered cars cross the finish line and take their respective steps on the podium. Nick Percat, although a well-known driver in the V8 community, came into Bathurst in 16th position in the championship and put a Holden on the podium. James Moffat, whose car went into the fence…twice, was in 18th in the championship and put a Nissan on the podium. Finally, there’s the young FPR driver, Chaz Mostert, who seemed to achieve the impossible after his car found the fence earlier in the day as well.

It was a fresh take on a sport practically owned and operated by a few standout names. In hindsight, I fully expected to see one of the well-known factory team drivers take the win. They were surely dominant early on. It could be argued, however, that Mount Panorama was given a recent face-life…and it didn’t like it. As a result, it took its vengeance out on several unsuspecting drivers as car after car either crashed or broke down as the event wore on.

In the end, Mostert and Morris stood where no one thought they’d ever get ... The top.

For as far back as I can remember, the Bathurst 1000 has been dominated by a handful of key drivers. Whether it be Craig Lowndes, Jamie Whincup, Garth Tander , Mark Skaife or Greg Murphy, we’ve seen one of those five names on the top step of the podium every year at Bathurst from 1999 to 2012.

So when a young 22-year old takes the top step, this writer sees it as a breath of fresh air. Not only is it good for Bathurst, it’s good for a sport which is in dire need of some good PR. For the millions of fans who stayed tuned in for the eight glorious hours of the Bathurst 1000, what they witnessed was more than just a simple race win by a rookie driver. It was a breath of life into a sport which many consider to only be standing on the one shaky leg it has left.