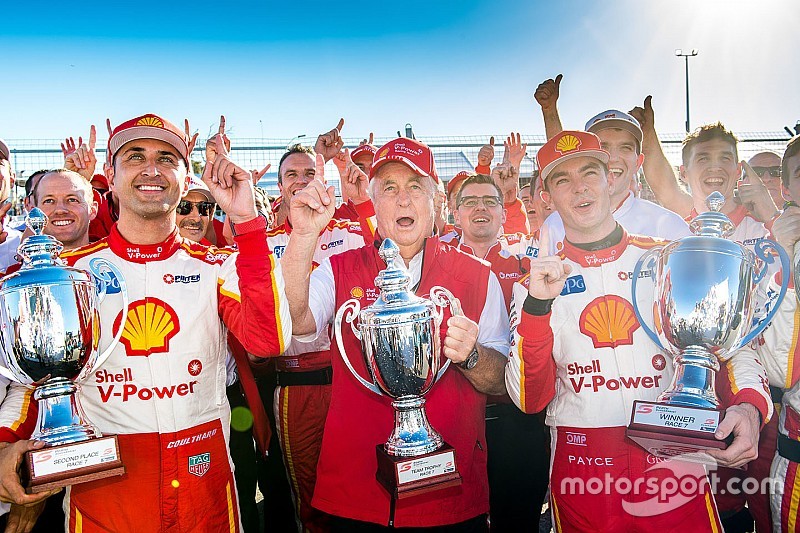 Roger Penske says his team's Supercars programme has been a "home run" in terms of both business development and on-track success.

The American has enjoyed a fruitful four-and-a-bit years of ownership in the Australian series, DJR Team Penske now one of the powerhouse squads in the sport.

Its on-track success includes the a teams' championship win in 2017 and a drivers' title with Scott McLaughlin last season, the Kiwi having kick-started his defence with five wins from six races in 2019.

According to Penske, the benefit of the programme hasn't been limited to silverware. He says the Penske brand has flourished down under since buying into the struggling Dick Johnson Racing team.

"The series has given us our brand," said Penske.

"We talk about our brand being successful down there. It's really helped us with our business. It's exactly one of the reasons we made the investment in Australia and New Zealand.

"With that, obviously the Supercars was an avenue for us.

"We went with Dick Johnson, he was really struggling so we said 'let's go with someone we work with'. Dick has been good and [managing director] Ryan Story has been a really good asset to us.

"And then the success with the cars and with Shell – that introduction to Shell has introduced us to some other people in the industry which has helped us.

"So I would say it's been a home run for us.

"Plus we've had success. It's a great series. You're running twice a weekend, seven or eight guys on each car. You don't have a tractor full of people either.

"The guys are really good workers, and Dick does a good job. It's all he knows and he's a great ambassador for the team. We're not trying to step ahead of him."

Penske took over the struggling DJR team at the end of 2014, as part of a high-profile return to Supercars for Marcos Ambrose.

While the two-time Supercars champion's comeback was short-lived, the re-branded DJR Team Penske outfit continued as a one-car team with Scott Pye for 2015 before expanding to a pair of Fords the following season, after signing Fabian Coulthard.

The team then poached both superstar driver McLaughlin from Garry Rogers Motorsport and superstar engineer Ludo Lacroix from Triple Eight ahead of the 2017 season, almost winning the drivers' title that year before getting the job done in 2018.