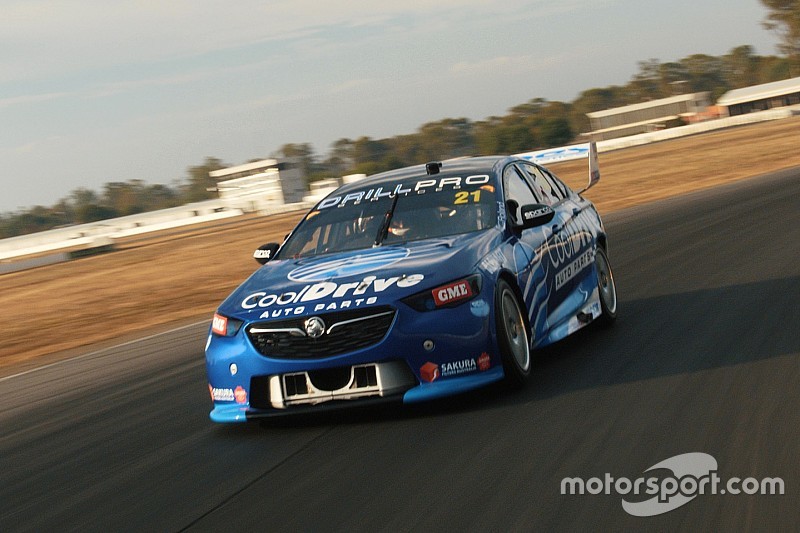 The covers have come off the CoolDrive-backed Brad Jones Racing Holden that Supercars rookie Macauley Jones will race this season.

Jones, son of team owner Brad Jones, steps up to the main game after five seasons in Super2, combined with enduro campaigns at BJR from 2016 onwards and select Wildcard starts in '17 and '18.

He'll take over the #21 entry raced by Tim Blanchard, while Blanchard will step into a team manager role as the owner of the Racing Entitlements Contract that underpins the car.

As such the Commodore will continue to be backed by CoolDrive, the Blanchard family business, with minor tweaks to the livery added for 2019.

“We’ve kept the Team CoolDrive livery similar to last year, the shiny PPG Borocay Blue which we continue to get great feedback on," said Blanchard.

"The CoolDrive brand is growing and people are recognizing us more and more, so continuity is key."

Blanchard added that continuity will be equally important for Jones, with the familiar surrounds of BJR set to provide an advantage in what will be a challenging rookie season.

“I know how important and exciting this moment is for Macauley stepping up into a full-time drive, and he is under no false impression that the road ahead is going to be challenging and tough," he said.

"It’s a huge step up from the Super2 series.

“Continuing to run Tim Blanchard Racing in the Brad Jones Racing stable means that Macauley will be around the close-knit crew he already knows the inner workings of.

"That will play a great part in how he gets the year underway, he can essentially continue on with the great job he’s been doing.”