Nyck de Vries has described Racing Team Nederland's first victory in the FIA World Endurance Championship as "surreal" after coming back from a lap down to win at Fuji.

Fresh from wrapping up the Formula 2 title in Sochi, de Vries was making his first appearance in the 2019/20 WEC campaign in Fuji last weekend, having been forced to skip the season opener at Silverstone due to a clash with the Spa F2 round.

The Dutch driver showed phenomenal pace as he took on the lion's share of driving duties in the #29 TDS Racing-Oreca 07 he shared with Giedo van der Garde and Frits van Eerd, completing more than half of the six-hour race distance.

After taking over from van Eerd with a little under two hours to go, the car was off the lead lap and 90 seconds down on the race-leading Jackie Chan DC Racing Oreca.

But de Vries overturned that deficit and was able to rejoin six seconds ahead of the JOTA Sport Oreca of Anthony Davidson after pitting for a splash with 25 minutes to go.

“I had to overtake the leader on-track,” recalled de Vries of the closing stages. “I came out literally fighting with Ho-Pin [Tung in the Jackie Chan car], he got me on the pit exit.

“I wasn’t sure what we were fighting for at that stage, but they told me we have to get past because if there is a safety car we are screwed. So I really attacked and I think either that lap or the lap after I made a move.

“After that I could never believe we would recover that time. From the last pitstop I was aware we were fighting for the win and I was quite surprised. I knew we were in a good position and we could fight for something good.

“I gave it my all and I’m happy the team and I achieved this amazing result together."

He added: “I was just hoping to be on the podium after I missed out on Silverstone [where RTN finished third] because it was clashing with Spa [F2].

"To actually score a win together is actually surreal to be honest. Frits is so passionate about motorsport, he deserves this more than anyone.”

De Vries added that the victory vindicated the team's decision to switch from Dallara to Oreca chassis over the off-season, and forming an alliance with TDS Racing.

RTN often struggled throughout the 2018/19 campaign, running the only Dallara P217 in the field, never finishing higher than fifth in class.

“Last year, we were in a bit in the shade because we were in a Dallara and the team for me, to be honest, was not at the level that I would expect for a team racing in WEC," said de Vries.

“I always put a lot of commitment into my work and I expect the same from the people around me. We were not on the same page and it was the right decision to move to TDS Racing and Oreca.

"The car today was amazing, I was joking that a monkey could have done the same job!" 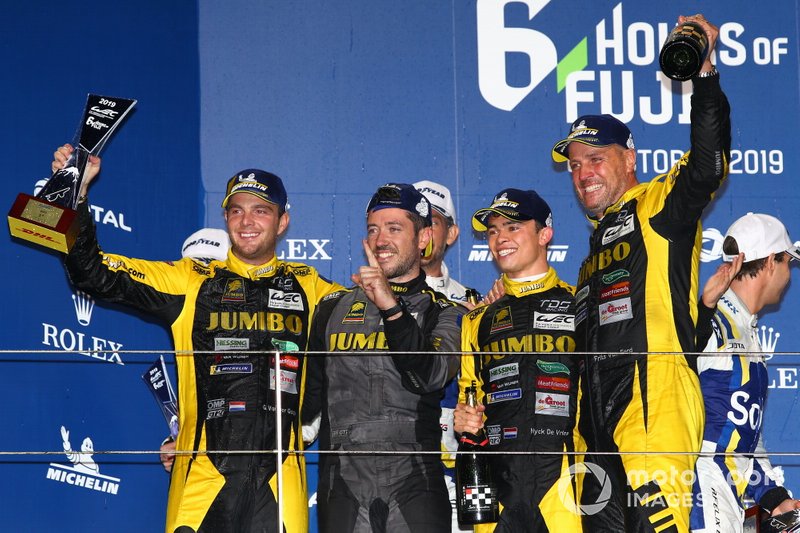 How F1's new determined Dutchman got his long-awaited break

Marko: De Vries should be AlphaTauri F1's team leader in 2023