The Swiss team's lineup is taking shape for 2014.

The REBELLION Racing team has also taken an important decision for a continued successful future : Eat the Ball – the highly innovative manufacturer of 100% natural bread in unique shapes – joins the team next to Michelin and Rebellion Timepieces as a new team partner for the upcoming season. 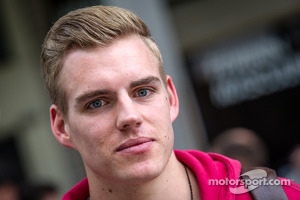 Dominik Kraihamer : "I'm really happy getting a drive at Rebellion Racing – that’s brilliant. For me, this is exactly the right move. Following a tough year in 2013, this is a great opportunity to show that I am ready for consistent and fast lap times in the top LMP1 prototype class. It is also an honour for me that REBELLION Racing Team Principal Alexandre Pesci and Team Manager Bart Hayden trust in my abilities. They have taken in to their team many talented racers, who have had and developed great careers."

Bart Hayden, REBELLION Racing Team Manager : "We have followed very closely Dominik’s career over the past years. He is a great racer and has shown his talent by performing record laps at Le Mans as well as by driving consistently high speed stints during WEC races. After several apprentice years in endurance racing, he is now ready for the next step at the absolute top level. I am sure that he will deliver a great job in our P1 car !

Furthermore, I am very pleased that we have found a new partner for REBELLION Racing: Eat the Ball represents innovation, precision and reliability, but also coolness and youthfulness. Putting that all together, this should be the perfect combination for a successful race season in 2014."