Hayden Paddon's dream of a WRC return with M-Sport Ford was shattered by a sixth-gear crash in Finland on Monday. 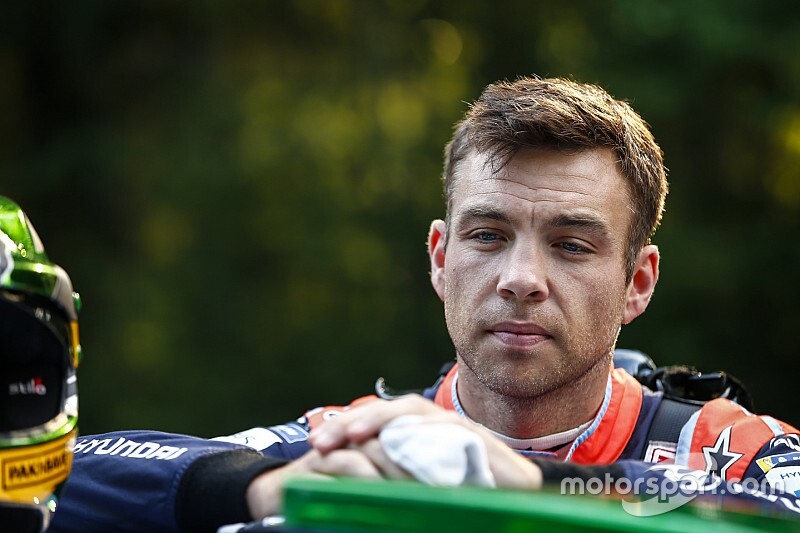 The Kiwi was halfway through his pre-event test in the Ford Fiesta WRC when he hit a rock in a blind corner, sending him off the road at high speed.

Team principal Richard Millener did not blame Paddon for what he saw as a freak accident.

"When you test on a road like that, these things can happen," Millener told Motorsport.com. "We saw pretty much the same thing happen with Seb [Ogier] in his Finland test last year.

"The difference in that test was that Seb was in the test car rather than his entry car. There's always a risk involved with testing in the car you'll be running on the event and this time it's come back and bitten us.

"You can't help but feel really sorry for Hayden. We don't blame him for this. A rock's been pulled out and he's then discovered it sitting in the middle of the road in a blind, sixth-gear right-hander. There was nothing he could do to avoid it.

"It's hit the bottom of the car and sent them into the air and off the road. They were passengers."

M-Sport's Finland preparations have already taken a knock with the news that Elfyn Evans won't start the event due to an injury sustained at Rally Estonia earlier this month. His car is taken by Gus Greensmith.

Paddon called M-Sport managing director Malcolm Wilson immediately and the Cumbrian's response was to find a solution to get him to the start but there's no way to make that happen.

"Malcolm was straight on this," said Millener. "His instruction was to find a way to get him out to the event, but we just can't do it. It's so frustrating.

"The car needs a jig and we don't have one and, even if we had a car built and ready to go, it would take three and a half days to get it out there. It's simply not possible.

"Everything was going so well with him, he's been a pleasure to work with and we were all looking forward to the event."

Paddon was returning to the WRC on a one-off deal with M-Sport.

Why WRC's points leader could change teams in 2020