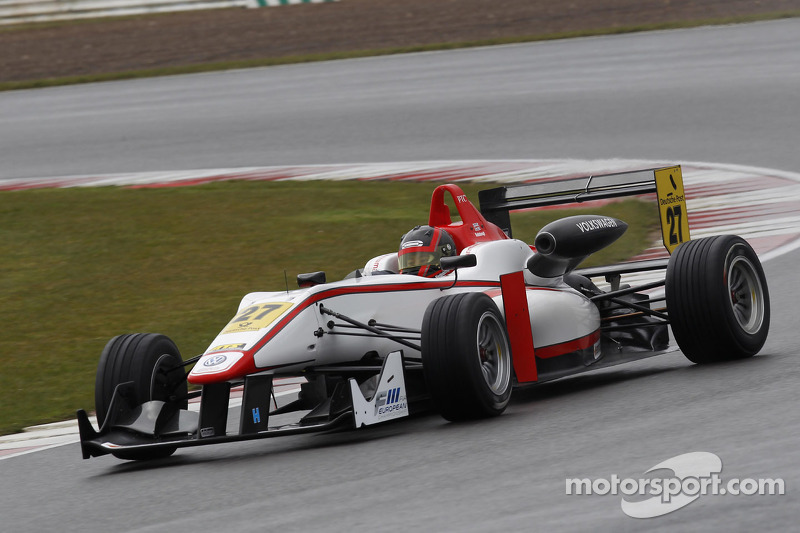 The Cooper Tires British Formula 3 International Series begins this weekend at the Silverstone circuit in Northamptonshire, with arguably some of the strongest young drivers in any top-class junior single-seater series. Nineteen drivers will compete across the three classes to fight for the coveted title of 2013 Cooper Tires British Formula 3 International Champion. 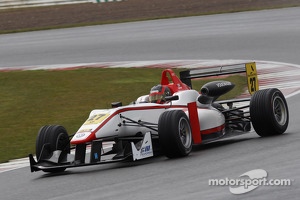 Just six months ago the future of British F3 was unclear and something had to change. What resulted is a four-weekend super series, racing at four of the most revered circuits in Northern Europe, three of which are current Formula 1 tracks, superb TV broadcast opportunities and an overwhelming amount of support for the future of British F3 to be saved.

The two-tier structure of Formula 3 continues, with the top class remaining as the ‘International’ category and the ‘National’ class for older, non FIA specification chassis and engines. New for 2013, there will also be an ‘Invitation’ class for cars racing in alternative specifications.

Seven teams will battle it out this weekend over the course of the three races, reigning champions Carlin return looking for a sixth successive drivers title and Trevor Carlin’s outfit have a talented trio of drivers in Canadian, Nicholas Latifi, and British racers Jordan King and Jann Mardenborough, all will be competing in the International class.

Italian driver, Antonio Giovinazzi and Indonesian, Sean Gelael, will ensure that Double R Racing has a strong fight in the 2013 International class competition. Joining the pair is the first female participant in British F3’s top class since Keiko Ihara in 2006, Colombian, Tatiana Calderón.

Nine cars will compete for National class honours at Silverstone, but odds are in favour of one team, John Miller’s Team West-Tec, who will run seven of the cars in the class. The team will run four Toyota/Piedrafita-engined Dallara F312s for: UAE-based Briton Ed Jones; Venezuelan, Roberto La Rocca; New Zealander, Chris Vlok: and China's, Hu An Zhu.

Joining the pack of West-Tec entries in the National class is the Honda-powered CF Racing Dallara F308 of Sun Zheng. The North Wales-based CF Racing team hope to add a second car as the season progresses, but are confident Sun will do a good job in his first season of racing in the UK.

The final entry in the national class is 20-year-old British racing driver, Alice Powell. Winner of the Formula Renault BARC Championship in 2010, Powell is currently leading the MSV F3 Cup by seventeen points after winning three of the four opening rounds. Powell will compete this weekend in her Toyota-powered Mark Bailey Racing Dallara F306, the same car she races in the MSV competition.

Bryant-Meisner lies third in the German F3 points after winning the reversed-grid races at each of the opening two rounds.

Action gets underway on Saturday with a half hour qualifying session beginning at 10:45 am, followed by the first race of the 2013 British F3 season at 3:30 pm. Sunday sees two further 30-minute races, the second race of the season begins at 12 pm, with the third race of the year beginning at 4:55 pm.

Benajmin Franassovici, British GT Championship manager 'We're thrilled to have such a big grid for our first race following the circumstances that we faced at the start of the year. A lot of hard work has gone on behind the scenes to make this happen and we’re confident of having more cars as the season progresses; we now have cars from all across Europe racing with us this weekend which is a great success. The history of British F3 speaks for itself; you now have ten drivers in Formula 1 who’ve raced in our series at some point; we fully intend to supply Formula 1 with more drivers in the future.’