Why Ferrari will test two F1 cars in February 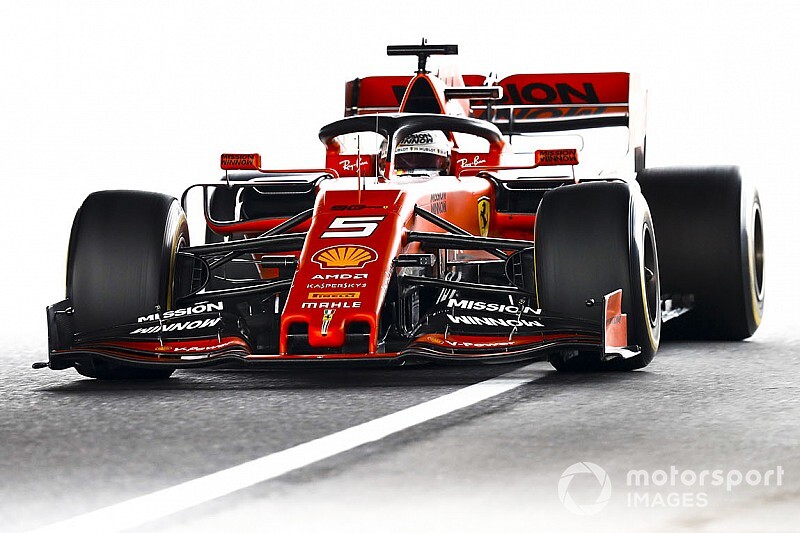 Ferrari will test a mule car with 18-inch wheels just over one week before 2020 Formula 1 pre-season begins, as part of Pirelli’s tyre development programme.

From 2021 F1 will use 18-inch wheels and Pirelli began its preparations for this during the 2019 season, when Renault and McLaren fielded adapted cars.

Mercedes also contributed with two days of running in Abu Dhabi after the post-season test at the Yas Marina circuit.

Ferrari will become the latest team to run with 18-inch wheels when it tests at Jerez on February 8 next year, 10 days before official pre-season testing starts 10 days at Barcelona. The team says it opted to delay testing Pirelli’s development tyres for cost reasons.

Ferrari's new car will be unveiled on February 11, which means it is likely to be in the final stages of production before being ready for 2020 pre-season testing on February 18.

However, even if the 2020 Ferrari was ready to run on-track sooner, specific guidelines have been written into the sporting regulations for next year to ensure no unfair advantage can be gained from early tyre testing.

Pirelli may complete 25 days of private testing in total between February 1 and one week after the final round of the season, which takes place in Abu Dhabi on November 29.

If a test is carried out before the first round of the season, as Ferrari’s will be, only modified 2018 or 2019 cars are allowed to be used. That stops any 2020 work being conducted ahead of collective testing, which has been reduced from eight days to six for 2020.

While the 18-inch tyres are part of a sweeping new set of technical regulations for 2021, the rules also state that tyre testing is to gain information for the tyres, wheel rim and wheel rim covers and nothing more.

That means any team assisting with tyre testing must not use any “car or subcomponent” that is intended to provide technical information for 2021.

Also among the changes for testing regulations in 2020 is the proviso that traditional post-season test will be extended to three days, with at least one day undertaken by a regular 2020 race driver to sample the 2021 tyres.

This will require a mule car to accommodate the 18-inch wheels and while all teams should be able to meet this demand, if any of them cannot then they will have to forfeit that extra day of testing.

One day of the test must also be conducted by a driver who has competed in no more than two Formula 1 races in their career. Previously, such ‘rookies’ were required for two days of testing throughout the year, but the reduced opportunity is a legacy of testing being further restricted in 2020.