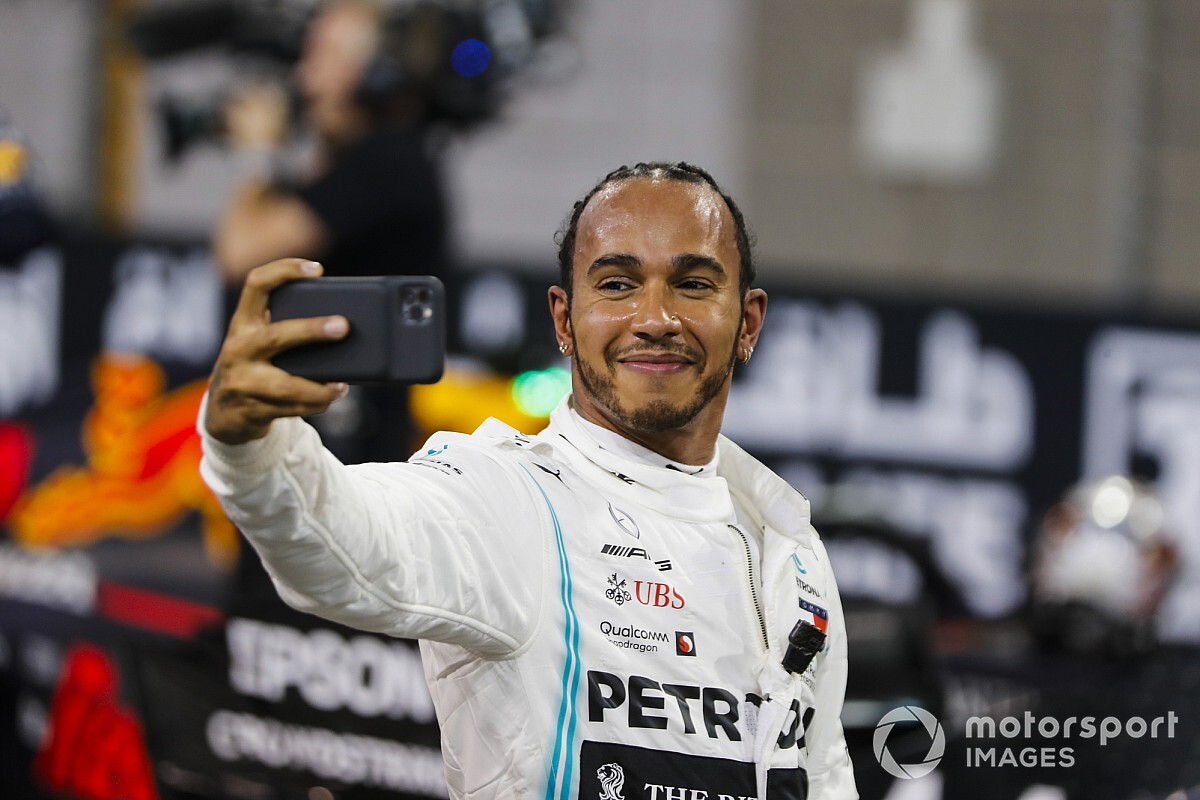 Lewis Hamilton says he is "grateful" for Ferrari boss Mattia Binotto's comments about his ability but thinks the Formula 1 team's "first compliment in 13 years" is "all talk".

Ferrari team principal Binotto was asked ahead of the Abu Dhabi Grand Prix if Hamilton, one of several drivers whose contract expires next year, was of interest to the team for 2021 and beyond.

His response included calling Hamilton an "outstanding" driver whose availability after next season could "only make us happy", while a report from Italy claimed Hamilton has met with Ferrari chairman John Elkann twice this year.

Asked for his thoughts on Binotto's comments, six-time world champion Hamilton said: "Well, this is the first time I've heard of that.

"I think that's the first compliment I've had from Ferrari in these 13 years! I honestly don't remember them ever mentioning me ever so thank you, I'll take it.

"It doesn't really mean anything, it's all talk but yeah, it's nice. It's taken all these years for him to recognise maybe, but I'm grateful."

The nature of the long-term deal Ferrari's other driver Charles Leclerc signed for this season is not explicitly known, but he may also be available.

However, staying with Mercedes is considered Hamilton's most likely decision.

Hamilton joined the Mercedes works team in 2013 and has won five of his six drivers' titles since then, playing a key part in its domination of the V6 turbo-hybrid.

He has also contested every one of his 243 grands prix with the manufacturer, having spent 2007-2012 driving for McLaren when it used Mercedes engines.

He added: "It has been a long, long time and a team that I've always appreciated over the years, so to earn their respect from someone from there who's obviously very high up is obviously not a bad thing.

"I think they've got two great drivers as is so, who knows what the driver market's going to be doing over the next year.

"If I'm really honest, I'm not really focused on that right this second: I'm trying to make sure I finish off strong.

"I've got this incredible group of people where I am and I feel like I just continue to owe it to them to give my heart to them and my energy 100% to them, particularly as I'm still in contract and negotiations haven't started yet.

"I honestly don't know how the next phase is going to go when it comes to contracts.

"It's very odd that you have to do it almost a year before it ends and it can't be done towards the end, but that's just the way it goes."

Leclerc to take "quite a bit of risk" to outscore Verstappen