Last month Mercedes team principal Toto Wolff laughed off rumours he had been calling Verstappen and the young Dutchman's father Jos in a bid to lure him from Red Bull.

Verstappen, whose contract with Red Bull runs to the end of 2020, has also dismissed the speculation.

"Max has a contract and it's very clear what that position is," said Horner. "I'm totally confident that he'll be here next year."

It has been suggested that Verstappen's contract contains a performance clause that would allow him to leave Red Bull if it cannot fight for the world title with Honda.

He finished third in the season-opening race in Australia, banking Honda's first podium since returning to F1 on its debut with Red Bull.

Verstappen has only finished fourth in the three races since then, but is ahead of Ferrari's Charles Leclerc in the points and only just behind Sebastian Vettel.

"We're at race four and he's 36 points behind [championship leader Valtteri Bottas]," said Horner. "There's a long way to go in this championship and you just have to take things one race at a time.

"Three fourth positions in a row is getting a little it boring now and I think we want to be fighting for the podium again."

Verstappen has been very supportive of Red Bull's new engine partner, which introduced an early upgrade at the most recent race in Azerbaijan.

The frustration Verstappen had whenever Red Bull's previous engine supplier Renault encountered a reliability problem has been replaced by patience.

Verstappen has said he accepts that Honda will need to trigger grid penalties this year in its bid to catch Ferrari and Mercedes.

However, in a recent Q&A with team partner ExxonMobil, Horner said Verstappen's form meant the onus is on the team to produce a better package.

"Max selected another gear since last year's Canadian Grand Prix," said Horner. "The way he drove from that point onwards has been hugely impressive.

"He had a run that came to end in Bahrain of six straight podiums. He also scored the second highest amount of points behind Lewis Hamilton in the second half of last season and he's carried that form through the winter to the start of this year.

"We want to give him the tools that he can take the fight to the Ferraris and Mercedes." 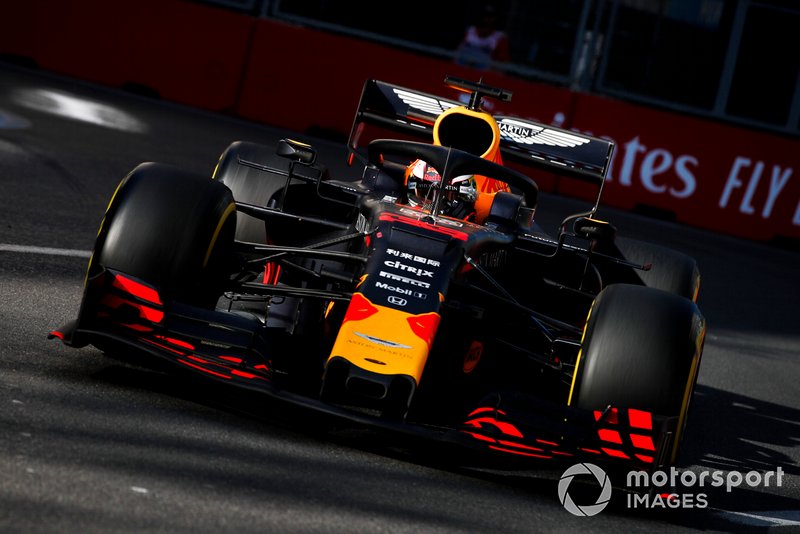