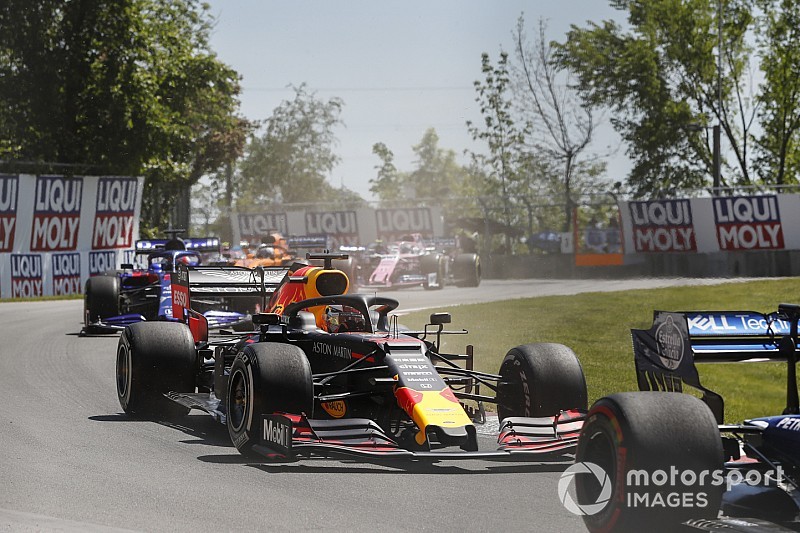 Max Verstappen has questioned the logic of penalties being applied during a Formula 1 race and spoiling on-track battles, in the aftermath of Sebastian Vettel's controversial Canadian Grand Prix penalty.

F1's rules have been in the spotlight since Vettel controversially lost victory at the previous race in Montreal because of a time penalty he received for rejoining unsafely and forcing Lewis Hamilton off the track.

Verstappen, who believes it was wrong for the four-time world champion to be punished, fought for victory in the Monaco GP but then lost his second place finish because of his own five-second time penalty.

"In general if you're going to award a penalty maybe don't do it in the race," said Verstappen. "It ruins the whole excitement of Lewis catching Seb and fighting for the win.

"When you look back at it, the first mistake that happened was Seb went off the track but then he rejoined, he didn't do anything. He was not blocking Lewis on purpose. Why they gave him the penalty was wrong."

Verstappen believes the strong chance of a penalty will influence a driver's actions in battle.

He also reckons F1's rules should change so that the line is drawn if "you hit each other off the track", because "a bit of wheel-banging won't hurt".

"He [Vettel] did everything he could to do it in a safe way," said Verstappen. "You go off in the lead, you know Lewis is behind by only a second and a half, so you stay on throttle and you're managing [the car].

"Lewis saw him go off. When he goes through the left he knows Seb is going to come back on and of course he's going to drift wide, and he had to back off.

"If I had been Lewis I would have been on the radio as well saying he blocked me. You know it's in the rules and there's a possible penalty."

Verstappen spent a day observing FIA officials during the Marrakesh Formula E race in January, as part of a punishment handed to him last year.

He thinks stewards do not want to give certain penalties during Formula 1 races but are obliged to do so because of how the rulebook is worded.

"I think they do realise what's happening but sometimes they can't give another penalty because it's written in the rulebook exactly like that, that they have to give this penalty,".

"Sometimes they don't want to, but they have to. I read a few comments that some stewards they got bad language messages on Twitter and stuff which is not fair.

"They are trying to do their job in the best possible way and it's not fair to say they did a bad job. I think it's good to look at the rulebook and what we can change/take out."

Magnussen: Steiner did well to "shut me up" in Canada