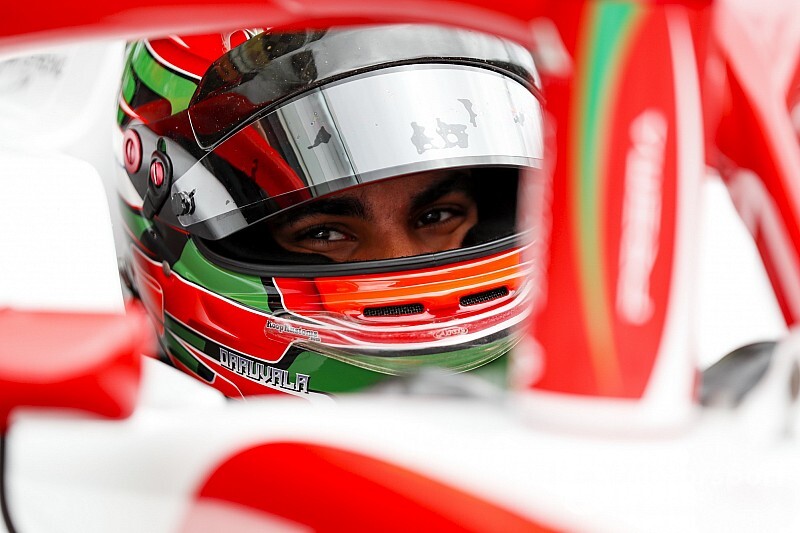 Formula 3 race winner Jehan Daruvala has secured aFormula 2 graduation with Carlin for 2020, and has become a Red Bull Formula 1 junior.

"I’m very proud to be going into the season as a Red Bull junior which will of course be added pressure but I believe I have the platform to deliver, so it’s going to be up to me," Daruvala said.

A former frontrunner on the two-litre Formula Renault scene, Daruvala contested two seasons in the DTM-supporting European F3 with Carlin in 2017-18, and won a single race in each of the campaigns.

Following the merger between European F3 and GP3, he joined the resulting FIA F3 series with Prema, which dominated the campaign and propelled Daruvala to a title challenge.

He would eventually finish third behind his Ferrari-backed squadmates Robert Shwartzman and Marcus Armstrong, both of whom are likewise graduating to F2.

"We’re delighted to welcome Jehan back to the team for his third season with us," said Carlin team owner Trevor Carlin.

“His performances last year in FIA F3 were extremely impressive and we really believe in him. There’s no reason why he can’t make it all the way to the top.

“Without a doubt there will be a lot to learn – both for Jehan as a driver in a more powerful car and also for the team with the new 18-inch wheels but we have a great team ready to meet those challenges."

Following Daruvala's announcement at Carlin, only the two Trident seats are yet to be officially filled on the F2 grid, although Roy Nissany is widely expected to fill one of these.