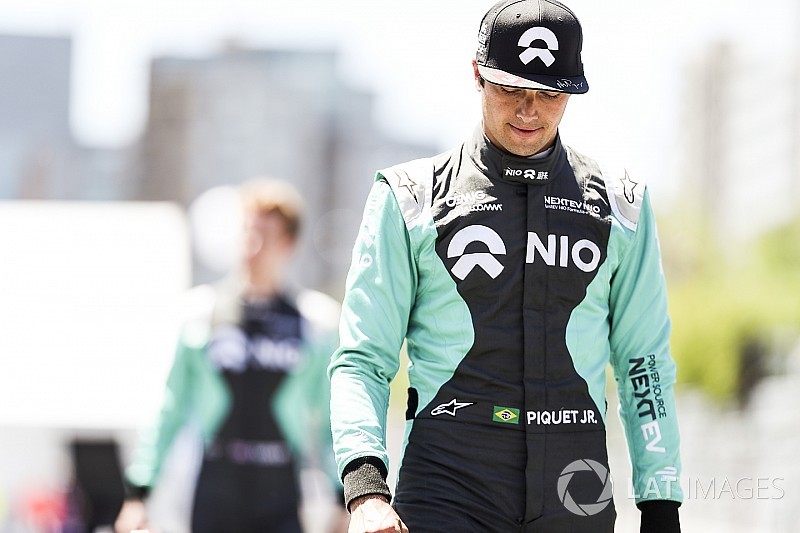 Nelson Piquet Jr has revealed “too many doubts” over the NextEV/NIO team were the catalyst for his desire to switch to Jaguar in Formula E.

Piquet had a contract to drive for the NIO team in the 2017/18 FE season but his move was made possible after he'd slumped to 11th in the points and NextEV finished sixth in the teams' championship.

NextEV invested significantly in its FE team and made progress after a dismal 2015/16 season, but Piquet revealed frustrations after the passing of CEO Martin Leach made things "not as simple as before".

"Nothing was going to make me stay," he said. "I wasn't angry, just for so many races I was so frustrated.

"At some point in your career you need to start a new chapter – go into something you have more belief than where I was, where I had too many doubts basically. Maybe not in the people but was the package the right thing?

"It's a Chinese company, is it going to pull out any time? Is having our parts done all around the world the right way? When you have the big manufacturers coming, are you going to invest the same amount of money as they are going to invest?

"I don't know if all of these things made me believe staying there was the right choice."

While NextEV's season tailed off, Jaguar turned itself from the slowest outfit at the start of the season into a points finisher in the second half of the campaign.

Piquet said he was looking forward to the "challenge" of moving the team, which finished last of the 10 outfits in 2016/17, up the grid.

Asked by Motorsport.com about the differences between his previous employer and Jaguar, Piquet replied: "The capacity of changing things quickly and developing.

"You could even say NextEV is investing a bit more money, but they will have to in order to run with the manufacturers that have everything in-house.

"I believed there is a much bigger chance for this team to succeed than where I was.

"If you start comparing in the future where we're going to be competing against Porsche or Mercedes, for example, you're going to have to be with a big company that has the technical side and can afford to develop a car that can compete against these other manufacturers.

"There's no chance for small teams in Formula E to compete against that unless they start hiring dozens of people a month and make the programme grow."