Franck Perera is once again doing what he loves – racing cars for a living. There was once a time when he got to within touching distance of Formula 1, and although that didn’t work out, he had a second chance in IndyCar. But the global financial crash, and Toyota pulling out of F1 and withdrawing its backing, sent not only his career into a spiral, but his mental health too.

From starring in Formula Renault and F3, to hounding Lewis Hamilton around the streets of Monaco in GP2, Perera had a long-term Toyota Young Drivers Programme contract. 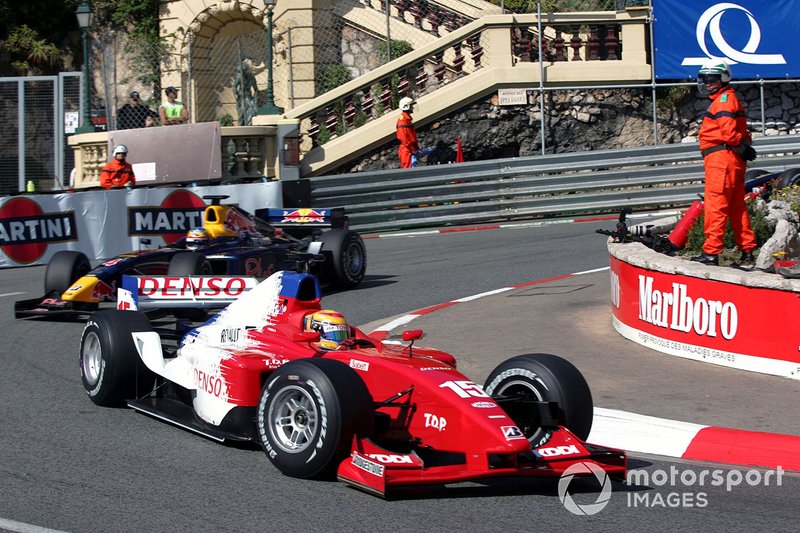 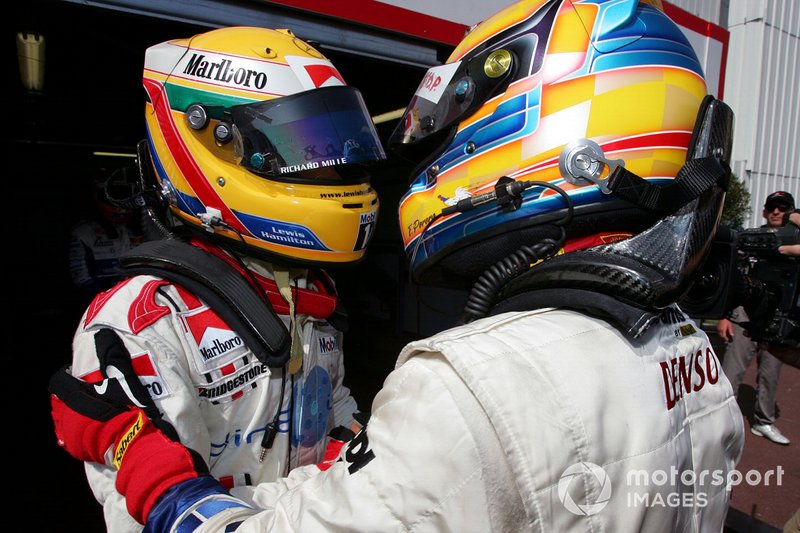 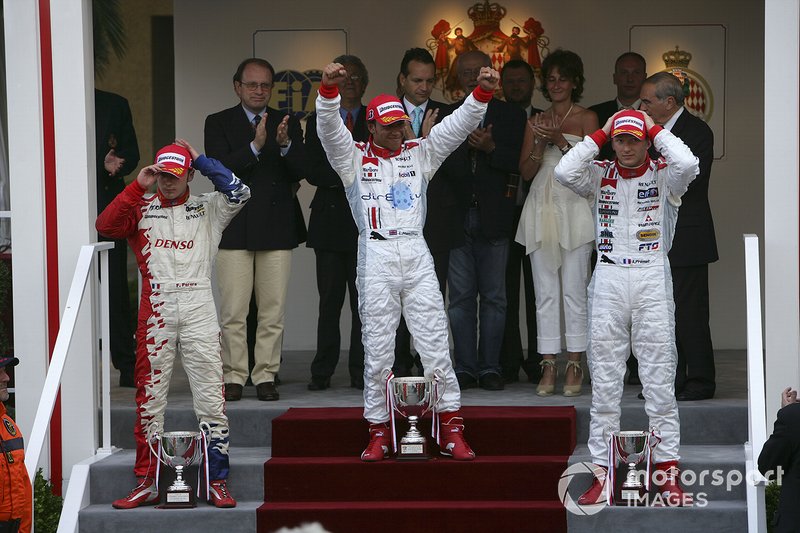 In 2004 and 2005 he took part in full-blown Formula 1 tests with the Japanese constructor, before switching to the American racing scene where he made a huge impact in the Atlantic Championship.

A subsequent drive in Champ Car for 2008 – the year it merged with the Indy Racing League to form what is now known as the IndyCar Series – fell through, despite a top-six finish in Long Beach, as his sponsor went bankrupt and his team took a funded driver over him.

Even after falling back to Indy Lights, where he won at Sonoma, his time in the States soon ended and he returned to Europe, basically as a gun for hire in GP2 and Superleague Formula.

But his biggest setback occurred in 2009, when Toyota made the shock decision to pull the plug on its F1 team and all related activities. 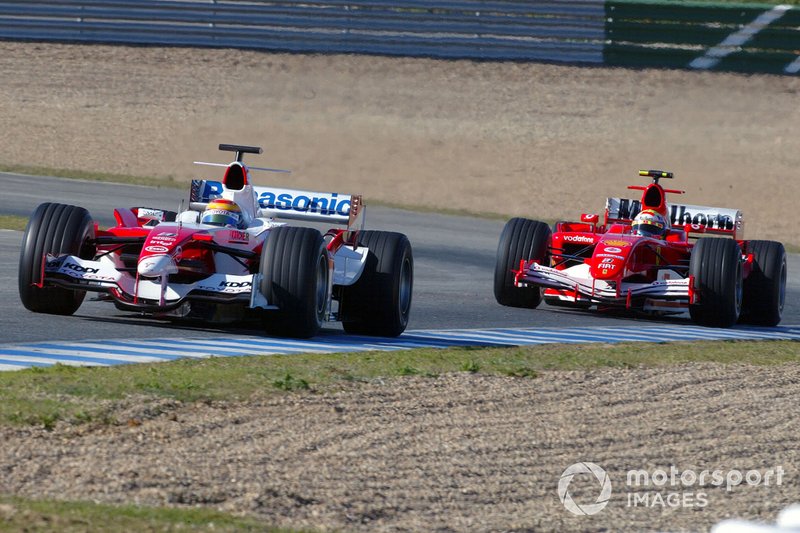 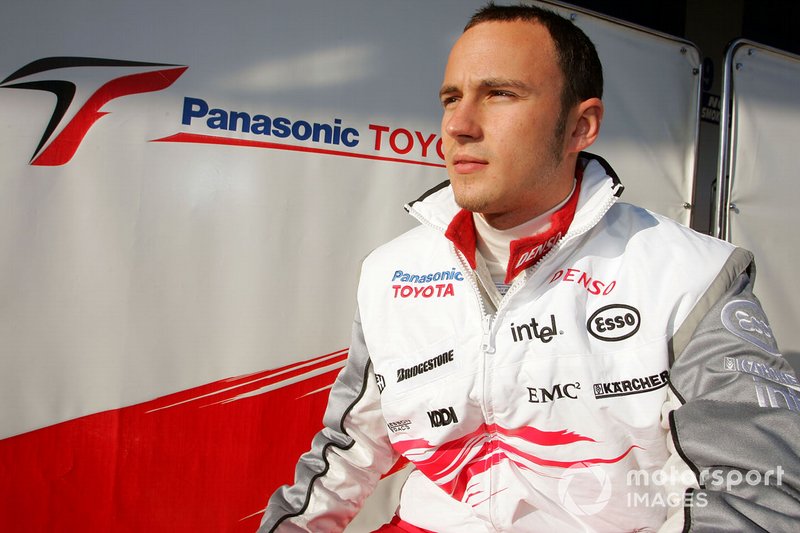 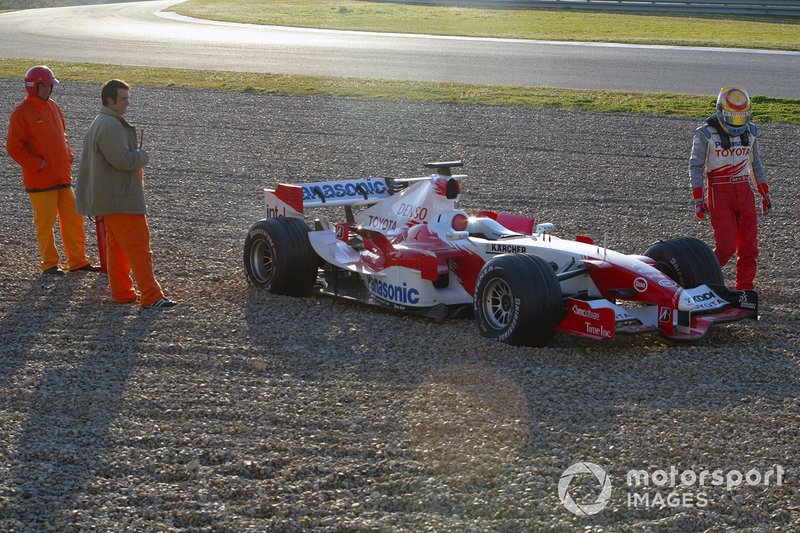 “My career has had some nice ups but a lot of downs,” says Perera, now a factory Lamborghini GT driver. “It has not been easy, especially with the economy from 2008 until 2012, it was complicated. This was also true in my proper life, so I had a long, long stop in my career. I was away for two years.”

So what does an out-of-work racing driver do when his career has ground to a halt?

“Completely the opposite of racing!” he quips, before opening up on some dark times. “I think I had also a burnout. I was in IndyCar when the economy collapsed, and I lost the ride against a rich driver. It was difficult to accept, and then Toyota ended my contract, as they stopped the F1 project and everything. Mentally, it's a lot of issues to deal with that you can't control. 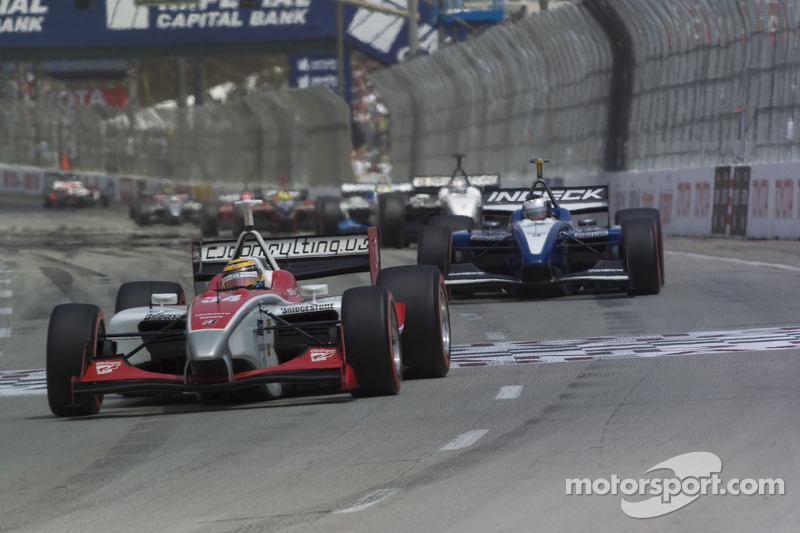 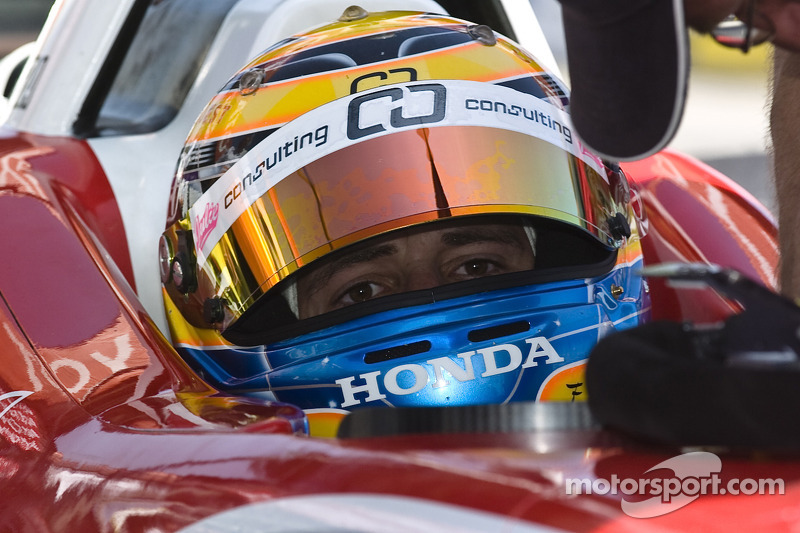 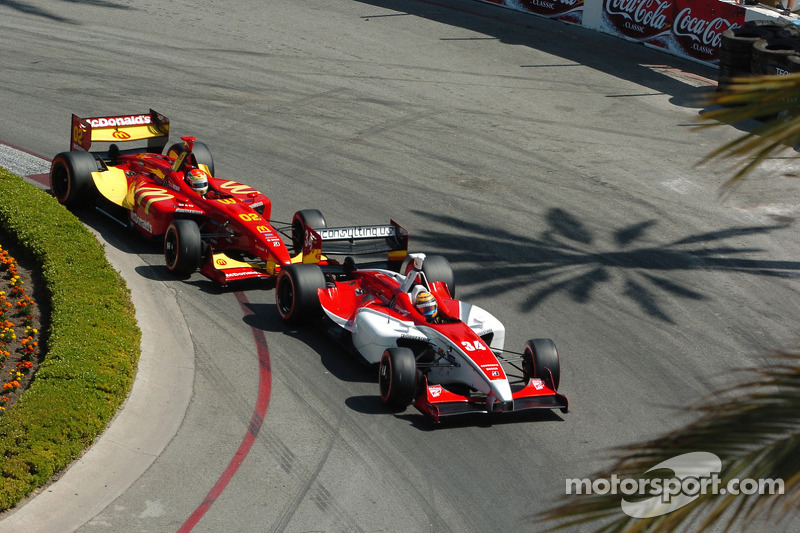 “It was a difficult period. I had also a complicated relationship after spending two years in America and I guess you can say it was like a depression… I just wanted to stop everything. And I started a completely different life – I was living in Nice, and I started working in many different jobs. I did chauffeuring, I did bar work, I did service in a restaurant – I did a lot of different things because it was difficult – I'd completely lost the money because of my relationship and I felt like I’d lost everything.

“A lot of drivers, when they stop racing, they still continue jobs like driver coaching. For me, I really closed the door on racing. I didn't even watch it on TV, nothing at all interested me. Then I also had a health problem, so I gained 10 kilos more. Then there comes a time when you feel you are on the limit of something that bad...” 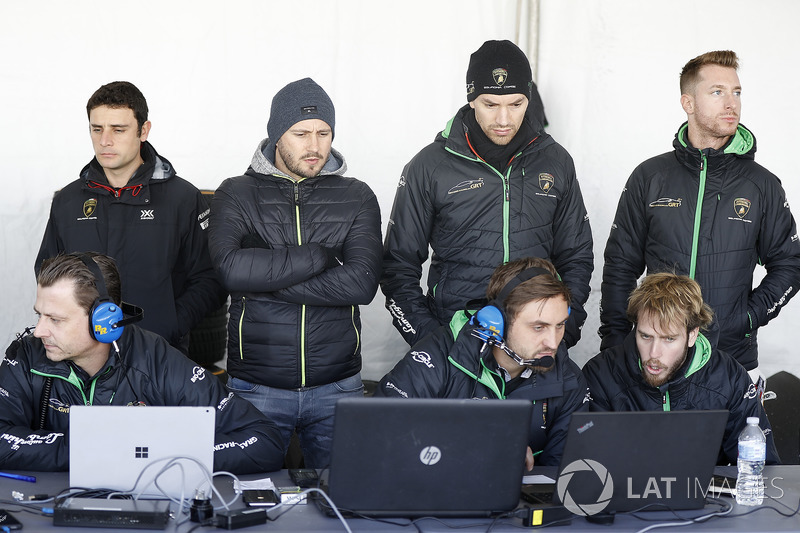 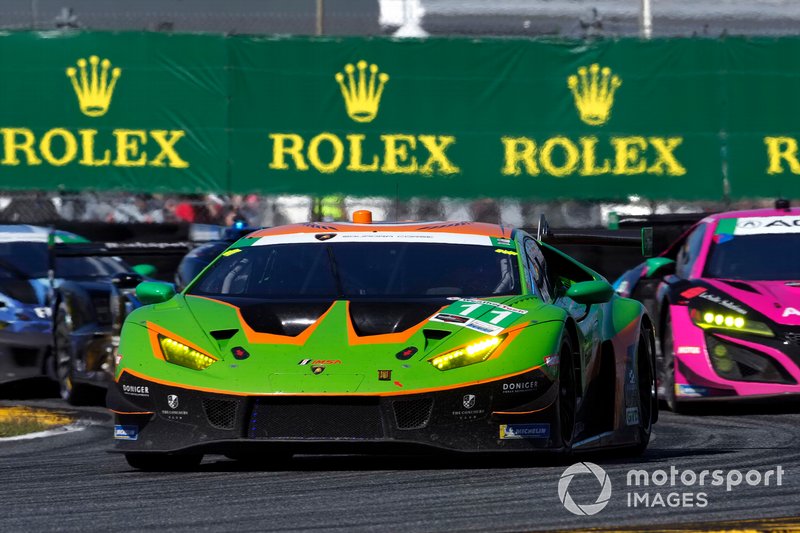 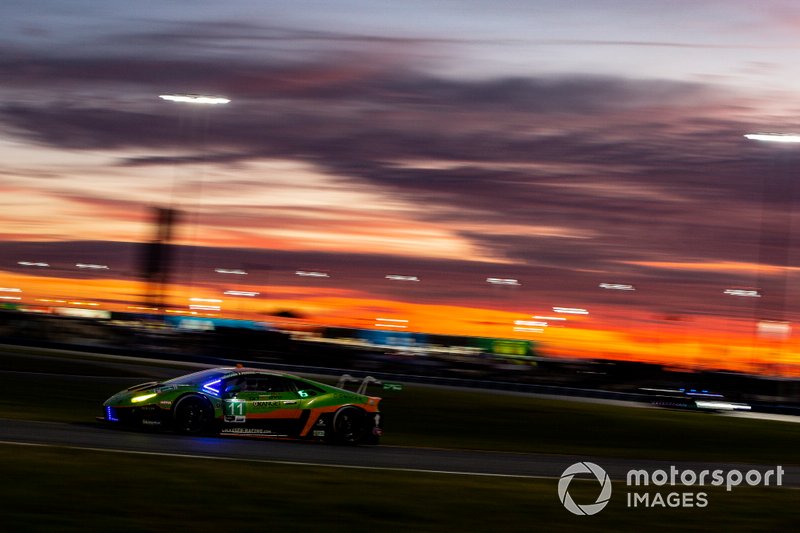 For this interview, we’re sat chatting at the Rolex 24 under a beautiful Daytona sky. Race fan after race fan comes up for an autograph (Perera's, not mine!) and to wish him and his GRT Gasser Lamborghini teammates good luck for the race that starts in a few hours’ time. So how did he turn his life around again?

“I called my parents and I said 'OK, I want to come back home and to start again' – everything was like a reset,” he says. “And then when you start to create the positive attitude in your life, you feel everything is coming good again, you know?”

The first step on his road to career recovery appeared to be a small one. For someone who’s finished second in the main F1 support race at the Monaco Grand Prix to partner a gentleman driver in French GTs is quite a step down. For Perera, that first step was actually huge.

“That process was tough,” he asserts with a wince. “It was difficult because I was mentally destroyed. I started with a psychoanalyst, and she was saying that, yeah, my brain was empty and I had to completely rebuild everything you know. So when you stop racing, and start again years later in GTs, it felt like a completely different world.

“I had the chance to come back to racing a Porsche 911 in French GT, and from there, step by step, you believe you can do it again. Until two years ago, when I signed to be a factory driver again – for me, that was the real victory.

“I'd never watched any GT racing in my life. When you are being pushed towards becoming a Formula 1 driver and everything, you don't really watch any other racing worlds. So when I jumped into the car, I was really lost! But I said to the team that I would need time to readjust.

“At the first race in the French championship in 2013, in the Friday practice, I was very far off a good laptime. So worked on watching the video and data that night and I said to myself 'OK, I think you were good in the past,' and the next day, in qualifying, I was P2 – almost pole! Then I said 'OK, I can come back if I stay stable and do things right,' – and everything came together.” 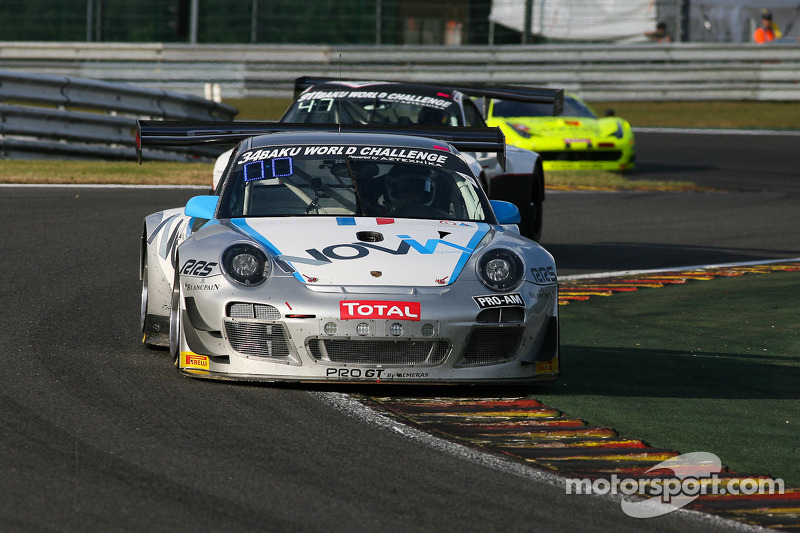 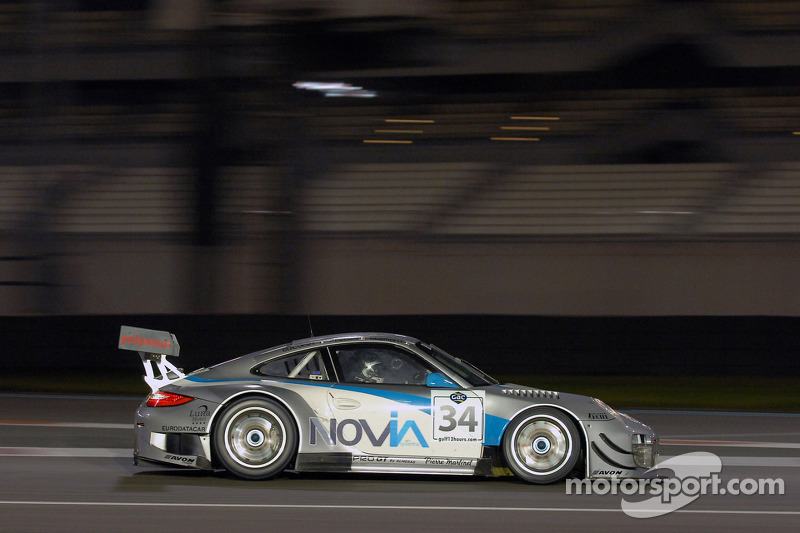 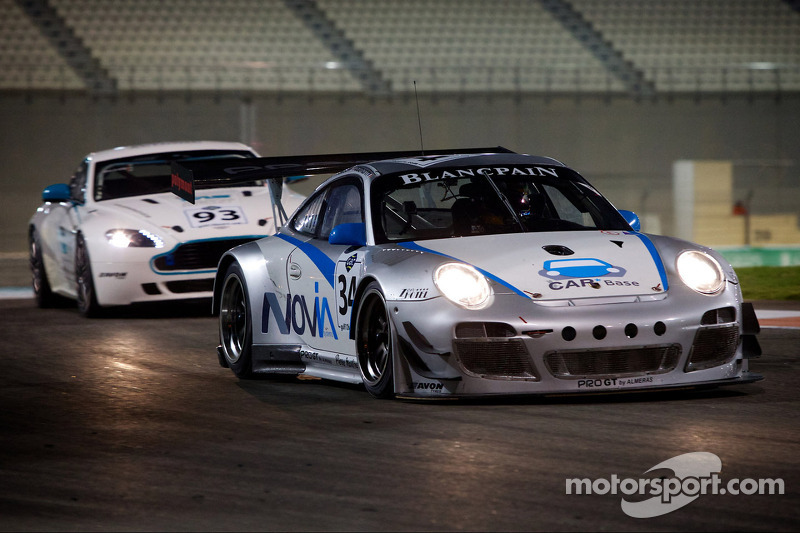 In hindsight, Perera thinks the way he was thrust towards that F1 goal made his fall much, much harder. I knew him in those GP2 days, and he was certainly very cocky and sure of himself. The Perera I’m meeting today is a lot more grounded, certainly a more rounded individual.

“Unfortunately, when I was in Formula 3 and started to be a Formula 1 test driver and everything that was around me, I didn't have the right people around me to keep my feet on the ground,” he admits. “When I was in GP2 in 2006, and testing in F1, I think my head was starting to fly.

“I was making good money and I felt I could arrive in F1. I was fighting with Lewis Hamilton and all these great drivers that went on to win world championships. I was the only one who could fight with Lewis in Monaco that year.

“You believe you can make it, but at the same time there was still huge work in front of me, you know. I think there was a lot of things that were not at the right moment for me. In racing, you have to be in the right car, the right position at the right time, and I think I was kind of unlucky around that period. But, at the same time, I also did some mistakes and I know it.

“Using bad words, I didn't have such shit things in my life before. And I had to grow up a lot. For sure now, mentally, I feel as strong as I was when I was young, and the speed is still there. And I think that's why I was able to become a factory driver again and I can compete against more great pro drivers in GT racing.

“As a factory driver you need to be fast, for sure. You need to be a driver who's always able to balance the car, but you have to be able also to walk with the Pro, the gentleman and with a young driver. You need to have a good set of skills, and I think everything that's happened in my career has made me what I am now, so I can do this.”

Still only 35, Perera has the potential for a long sportscar career ahead of him, and he appreciates that all the knocks along his journey have actually made him a wiser soul: “Sometimes, when I talk to the others, I know I sound like an old guy! And I'm not really that old!

“I just feel like I've lived such different lives in racing, because I started so young, and in France they were pushing me because I was the only one since [Alain] Prost who was winning everything and it was another pressure. After GP2 I also had a great career in America, so that was all big experience.

“I'm wiser now. I appreciate everything so much more.” 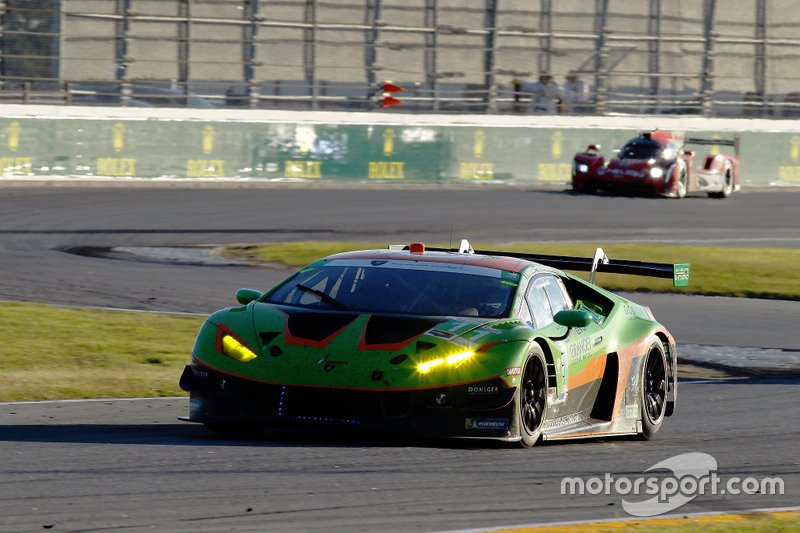 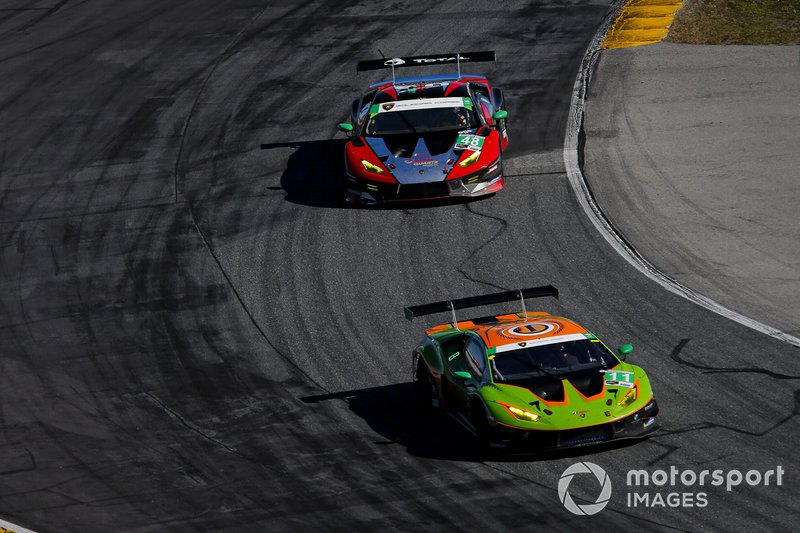 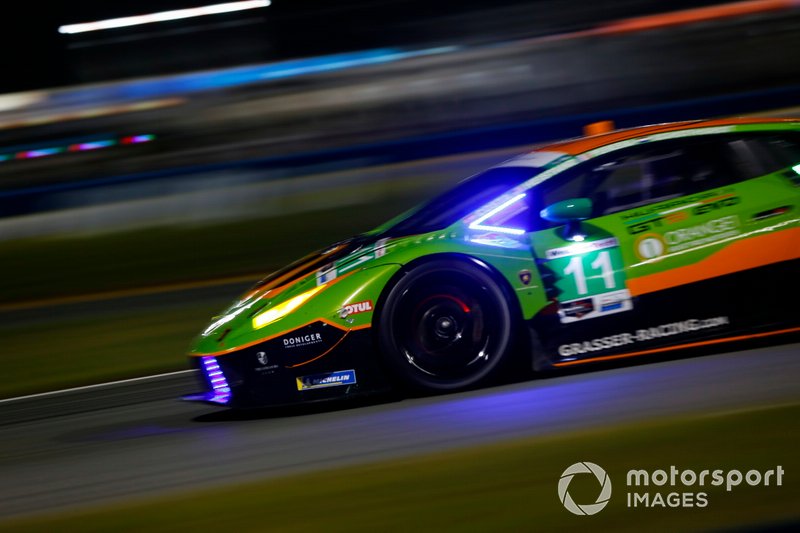 After racing GT3s with Audi and Mercedes, Perera has found his home with Lamborghini, racing all over the world and winning last year’s Rolex 24 GTD class at Daytona.

He adds: “Lamborghini is obviously a fantastic manufacturer to work for. It's like a full circle, because I grew up in Italy. I lived there for seven years, I speak fluent Italian – in my childhood I spoke more Italian than French! I had some really good offers from different manufacturers, and Lamborghini was so interesting for me so I took that choice. It's a big name, but they are a small constructor in racing, they are really growing up step by step. Now my goal is really to stay as long as possible with Lambo.

“I'm not scared that if tomorrow my career was to finish – I don't care because I'm already building my life for the present and the future. I don't care about getting rich, I'm quite simple really. I'm happy again.”