Formula 1 race winner Pastor Maldonado will make his Rolex 24 at Daytona debut next month as part of an expanded two-car assault from the DragonSpeed team.

The Venezuelan will race the Oreca LMP2 car in which he is contesting the the 2018/19 FIA World Endurance Championship superseason in the IMSA WeatherTech SportsCar Championship opener on January 26-27.

Maldonado will share the car with his regular WEC partner Roberto Gonzalez and a further pair of yet-to-be-determined drivers.

Team boss Elton Julian told Motorsport.com: "Roberto has been talking about doing Daytona for a while and then decided to go ahead after the positive [second place] result at the Shanghai WEC round last month."

Julian revealed that he had wanted to run team regular Anthony Davidson in the car as well, but was precluded by the rules for what is now a pro-am category after the P2s were put in a separate class to the DPi machinery for 2019.

"The LMP2 rules say you can't have two platinum-graded drivers, so rules are rules and we can't do it," Julian said.

The WEC car is due to arrive in the US from Shanghai on January 1, but Julian is hopeful of being able to make the second and third days of the 'Roar Before The 24' test at Daytona on January 4-6.

DragonSpeed has posted a Daytona entry for its WEC Oreca alongside the car it runs in the European Le Mans Series, which will be raced by Nicolas Lapierre, Ben Hanley, Henrik Hedman and James Allen.

Allen, who raced DragonSpeed's LMP1 BR Engineering chassis at the Fuji and Shanghai WEC rounds, is joining the team in what is being billed as a development deal for the 22-year-old.

He will also contest next year's ELMS with the team alongside Hanley and Hedman and has been pencilled in for some IndyCar testing should DragonSpeed's plans for a part season in the US single-seater series come together. 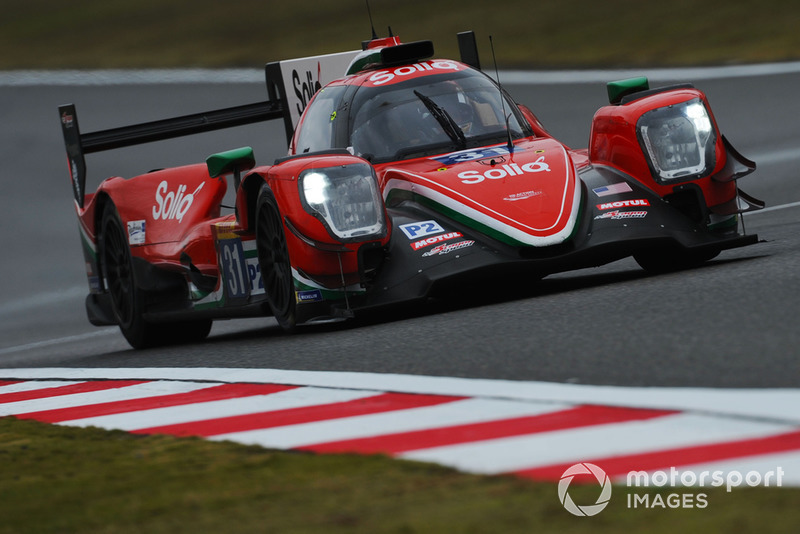