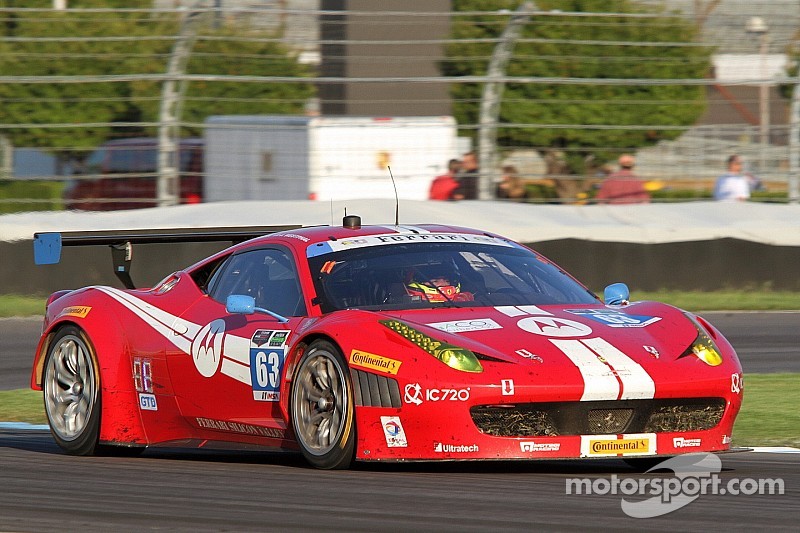 Scuderia Corsa will have a very familiar look at this weekend's Continental Tire Sports Car Showcase at Road America in Elkhart Lake, Wisconsin. The winners of the most recent TUDOR United SportsCar Championship race at Indianapolis Motor Speedway will field the familiar no. 63 Scuderia Corsa Ferrari 458 Italia.

"We are enjoying a very exciting time for Scuderia Corsa," said Giacomo Mattioli, team owner of Scuderia Corsa. "Gary Cummings brings a wealth of racing experience to the team. In his capacity as Team Manager, where he will join our Technical Director Roberto Amorosi and Sporting Director Stefan Johannson, we now have a first-class international racing operation. We have been very fortunate to enjoy so much success in our first year in the Rolex Sports Car Series. Now in our second season, we have a winning program in the TUDOR Championship and we are enjoying our best season yet in the Ferrari Challenge."

"We are now looking to expand our team to the Pirelli World Challenge where we will enter a car for the Sonoma race with Mike Hedlund," said Mattioli. "As it is a very exciting time for Scuderia Corsa, it is also a very exciting time for Pirelli World Challenge and we are looking forward to competing for the first time in the series. Mike is familiar with the series as well as with the Ferrari 458 Italia, and we are looking forward to competing in another competitive championship."

Hedlund, who lives near Sonoma Raceway, is looking forward to his first weekend with Scuderia Corsa.

"After competing against Scuderia Corsa in the last few seasons in GRAND-AM and seeing the success that they have had, I'm looking forward to racing with the team at Sonoma," said Hedlund. "It's a home race for the both of us and the timing was perfect for me to return to the Pirelli World Challenge. Giacomo Mattioli has put together a world class operation and I'm excited to help the team explore a new series."

Scuderia Corsa's TUDOR Championship program will be back in action this weekend, at the Continental Tire Sports Car Showcase at Road America in Elkhart Lake, Wisconsin. Drivers Alessandro Balzan and Jeff Westphal won their second race of the year in the no. 63 Scuderia Corsa Ferrari 458 Italia at the previous round at Indianapolis Motor Speedway.

This weekend's Continental Tire Sports Car Showcase from Road America will be shown on Sunday, August 10 at 6:30 ET on FOX Sports 1. Qualifying will be streamed live on Saturday, August 9 at 4:20 PM ET on IMSA.com.

Corvettes at Road America: Back on hallowed ground