Sportscar stalwart Jan Magnussen believes this year's Le Mans 24 Hours was the last chance for him to fulfil his ambition of driving with son Kevin in the French enduro.

The Dane told Motorsport.com that the dream would almost certainly have gone unfulfilled had the deal not come together for father and son to race together in a High Class Racing LMP2 Oreca in this year's centrepiece FIA World Endurance Championship round on August 21/22.

He explained that the deal for Kevin, a veteran of 119 Formula 1 starts with McLaren, Renault and Haas, to race for Peugeot in the WEC from next year will probably take him beyond his own active racing career.

"I'm so happy that it is finally happening, because this was the last chance," said Magnussen Sr, who will turn 48 the month before Le Mans.

"He's off to Peugeot and when he's done, I'm going to be far too old: this was absolutely the last shot."

Magnussen Sr, who has made 21 starts at Le Mans, explained that the ambition of father and son to race together dates back to Kevin's formative years in karting.

"It feels like it is something that we have been talking about forever," he said. "It's been on the agenda since Kevin started coming with me to Le Mans when he was karting.

"He always said he wanted to do the race and reckoned it would be cool if we could do it together one day."

He revealed that there had been talk of Kevin joining him at Corvette Racing in the latter years of his 16-season stint with the team, which included 15 Le Mans starts and one did not start, up to 2019.

"There was talk about it, but it never really came close," he said. "Kevin would have had to commit to being a third driver for the enduros and do Daytona, Sebring, Petit Le Mans [at Road Atlanta] as well as Le Mans — contracts and calendars always got in the way." 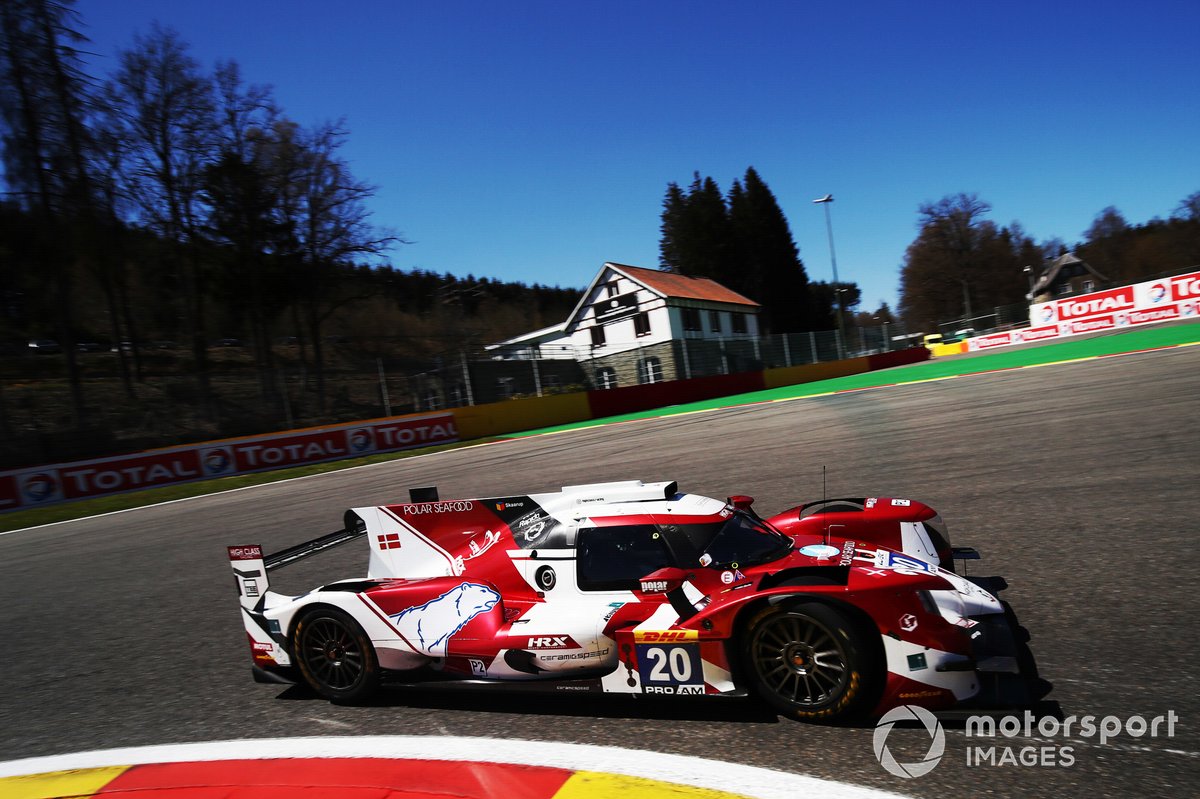 The Magnussens will team up in the additional High Class Oreca 07 entered for Le Mans. Jan will move over from the team's full-time WEC entry along with Anders Fjordbach to share the car with Kevin.

Teammates for Dennis Andersen in the team's regular entry have yet to be announced.

Magnussen revealed that the deal to race the car entered under the Sashi-High Class Racing banner had come together in the space of a month.

"I'm super pleased that we've got the support from Danish companies," he said. "Four weeks ago we were presented with the opportunity and I sat down with some friends and asked which companies might be interested in helping us with the budget.

"Because Kevin and I have been thinking about this for years, we weren't talking to people for the first time, so very quickly, people said, 'yes we'll help'."

Magnussen Jr is scheduled to begin testing with High Class in June and should, according to his father, get "four or five days" aboard an Oreca before arriving at Le Mans.

A sportscar debut in the season-opening Rolex 24 at Daytona in January preceded the announcement that he would be joining Peugeot, but the deal to drive for the French manufacturer from 2022 was concluded before he signed for Ganassi.