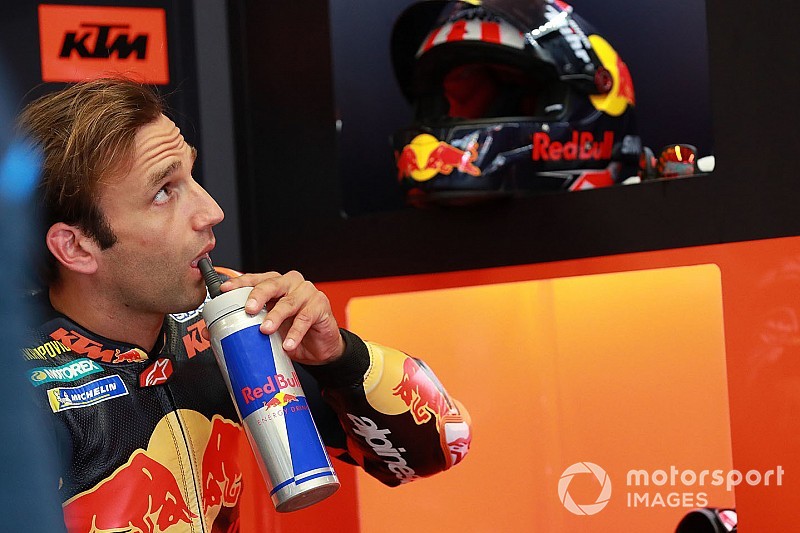 Pol Espargaro says MotoGP teammate Johann Zarco’s departure from KTM at the end of this season was the “right decision” for both rider and team.

Zarco sensationally asked KTM to release him from his two-year deal at the end of the last round in Austria, amid a tough campaign aboard the RC16 which has yielded just one top 10 finish from the first 11 events.

Espargaro says he was aware of Zarco’s decision before it was made public, and praised his “very brave move”, while also acknowledging the split is best given his teammate’s current state of mind.

“He told me he was not having a good time,” Espargaro said when asked if Zarco had spoken to him about the decision.

“He was not happy and to ride this bike you need to enjoy it. As soon as you are not enjoying it, you are not fast.

“He was not in a good moment, a very bad moment, he was not happy and this was a right decision for both sides.

“But anyway it is very hard and very brave decision from Johann's side. I don't know anybody who has done this before. From both sides, it is a very brave movement.”

KTM offered Jack Miller Zarco’s seat when it looked like Jorge Lorenzo could take Miller's Pramac Ducati ride – though the Australian has since re-signed with the customer Ducati squad.

Currently, Tech 3 KTM rookie Miguel Oliveira is the likely candidate to partner Espargaro, but he is still contracted to Herve Poncharal’s squad for 2020.

Commenting on this, Oliveira says his “obligation” is to Tech3 until KTM says otherwise, and insists he would not take offence if the second works team KTM went to another rider.

“I know my obligations are with Tech 3 for 2020 at the moment,” he said. “Obviously it was a surprise for everyone to hear Zarco is not taking part in the team next year, he’s a great loss for the project, because he’s a fantastic rider – not only professionally, but also personal side.

“He’s in a tough situation at the moment. I know this could be an opportunity but it’s not up to me to decide.

“My obligations are here [at Tech 3] and I will continue to believe that way until they prove to me [it’s] the other way around. It’s quite simple.

“Since May, I know what I’m doing in 2020, this is my way of thinking. This situation is quite new, last week we were all shocked about the news.

“For sure there needs to be some restructuring, but it’s not possible in one week. We need to wait and see the decisions, but if the decision comes it will be very quick, it will be quite simple.”

In the immediate aftermath of Zarco’s announcement, KTM test rider Dani Pedrosa moved to quell any speculation he could come out of retirement to take his place next season.

Zarco feared "failing my career" by staying with KTM