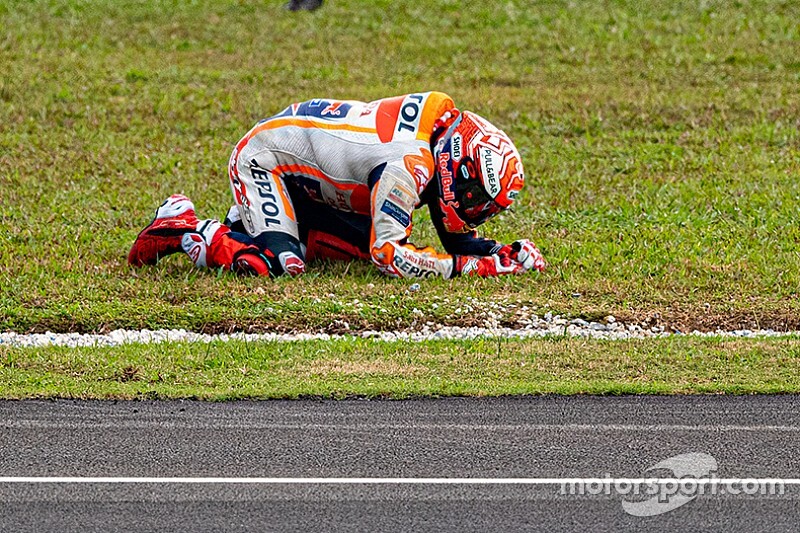 Quartararo set new lap records in both of Friday’s sessions and was already targeted by Marquez in the early stages of Q2 to be used as a reference.

The Petronas Yamaha rider tried to bolt from pitlane for his second run, but Marquez was able to follow him and the pair sat line astern as they cruised to the end of their outlap.

Quartararo eventually decided to push and Marquez tried to go with him, but suffered a violent highside at Turn 2, and was lucky to escape with just cuts and bruises.

“I’m OK,” confirmed Marquez, who will start Sunday’s race a season-worst 11th. “Of course, I’m painful around the body, but it was a big crash.

“We set up the bike in a way to have the good [race] rhythm, but we were struggling for one lap [pace], especially on the change of directions and the bike was a little bit more unstable.

“But, the tyre was ready because already at Turn 15 I was fast and I was OK.

“But I just maybe changed [direction] a little bit too aggressive, and honestly speaking I’m more disappointed to start 11th than for the crash.”

He added: “[My FP1 crash in] Thailand was a big highside [too]. A little bit similar, [as I was] going out of the box.

“But today I just maybe pushed too much. Yamaha riders, when they have new tyres, they are very fast and they can change direction in a good way.

“I was behind Quartararo, he changed direction and I tried to copy. But I just flew.”

Though Honda and Marquez were visibly monitoring Quartararo’s Petronas garage before heading out for his second run in Q2, Marquez claims he was looking to follow someone as the way the rookie rides in qualifying is “not good to follow with the Honda.”

“Honestly speaking, I was looking for another rider because it’s quite difficult to follow him because he’s riding in a different way [to find] the laptime and it’s not so good to follow him with the Honda.

“I was looking for another one, but this time the strategy wasn’t the perfect one.

“But anyway, when you have some weak points you need to analyse well and the most important thing, especially with the used tyre, I feel strong.”

Directly after Quartararo secured his fifth pole of the season, Petronas team manager Wilco Zeelenberg branded Marquez’s crash as “karma” for trying to get inside his rider’s head.

“Marc clearly tried to get into Fabio’s head and I think he hit his head himself quite big,” Zeelenberg told the Dorna world feed.

“So, I think, it’s karma. Fabio’s on pole and I hope Marc is uninjured of course. But he tried to get in his head because he knows Fabio is fast.” 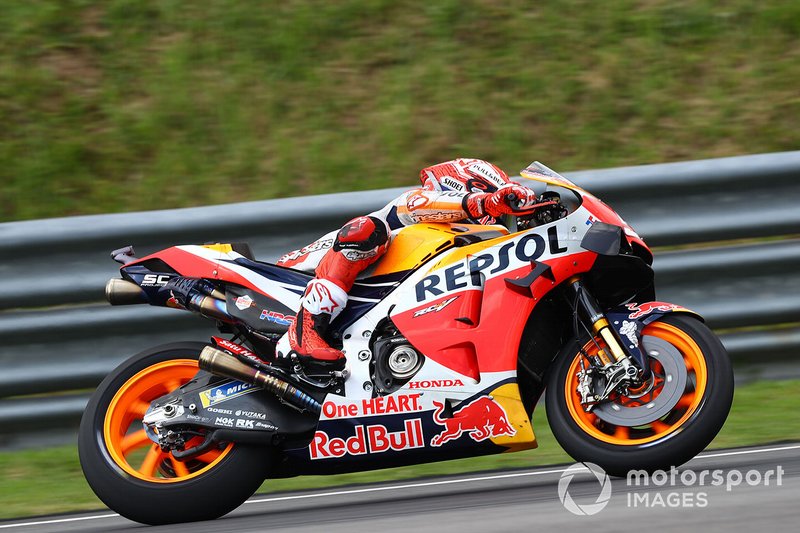 Opinion: Was Porsche quitting LMP1 really a blessing in disguise? 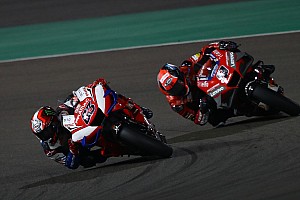