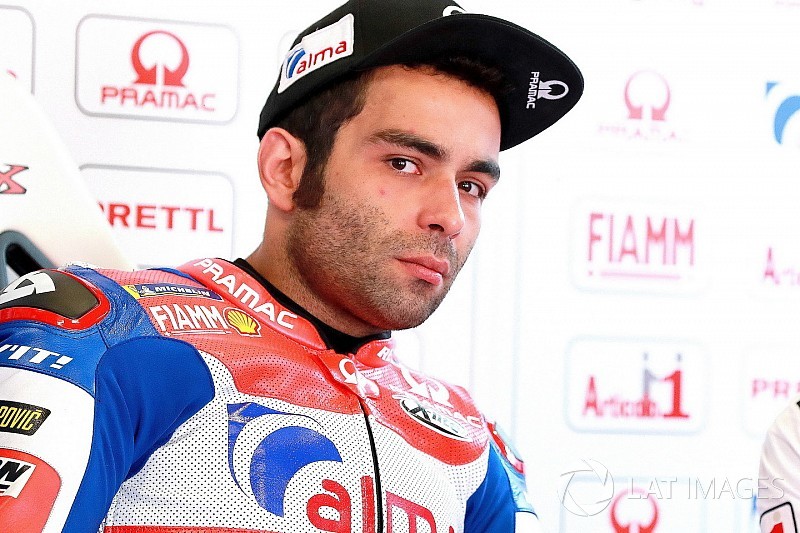 Future Ducati MotoGP factory rider Danilo Petrucci says he turned down a 2020 option in his deal with the works outfit.

Ducati has called up Pramac rider Petrucci as replacement for the Honda-bound Jorge Lorenzo for next year – but confirmed the Italian would be on a one-year deal only, as opposed to the two-year contracts given to every single other factory rider on the 2019 grid.

“They propose one year plus one,” Petrucci explained at Barcelona. “But I want only one, for many reasons.

"First of all, because with this I have nothing to lose. If I do well next year, I can renegotiate a better contract.”

Petrucci, who has been riding a satellite Ducati since 2015, said he hopes to remain a works rider with the Borgo Panigale marque for years to come.

“I think my study phase isn't finished yet, because next year at this point in the season I will find myself in the same situation, although I hope to stay at Ducati for many years.

“Maybe I'm paying a little bit for not having been at the top for a long time, and having arrived only recently.”

Petrucci ended the Catalan Grand Prix weekend fifth in the riders' standings, as the highest-placed Ducati representative – although he believes this is “not so true” given Lorenzo's resurgence.

The Pramac rider was up to as high as fourth in Barcelona, but was hampered by an overheating front tyre and eventually could do no better than eighth.

“[It] was quite strange, we were checking the data, and for three laps I locked the front in Turn 10,” he recalled.

“I was thinking the first time 'yeah, it can happen', second time 'okay, there is a problem with my front', I almost hit Dani [Pedrosa], and the third time I said 'okay there must be oil on the track' because was quite strange.

“[It] was scary because it happens not one time, three times in a row, and now we have the pressure and temperature sensor on the tyre, and we have never seen 95 degrees on the front tyre. Was way too high.

“[On Saturday] Michelin say 85 degrees was too much, today 95, I cannot stop for sure.

“Eighth position is quite okay - for sure I cannot be happy, but I score some points, I am in fifth position in the championship.”

MotoGP grid likely to shrink in 2019