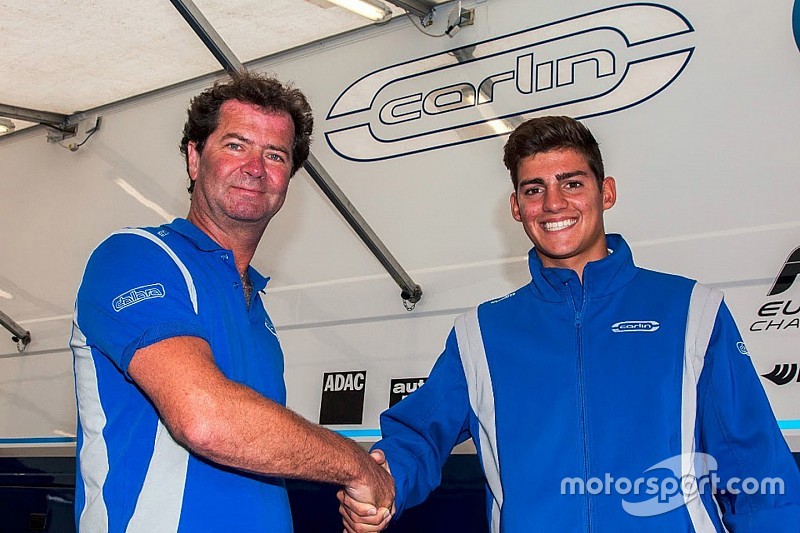 Rinus van Kalmthout has been named as the first driver to sign up for the 2017 USF2000 season, linking up with newcomer team Carlin Benik.

European junior single-seater giant Carlin had joined Indy Lights last year and subsequently committed to a 2017 expansion to USF2000 - the first step of the Mazda Road to Indy ladder.

Van Kalmthout then stepped up to senior-level kart racing last year and finished second in the Rotax Max Euro Challenge.

"Carlin is known to be strong in new competitions and an endless number of Carlin drivers have made it to the top in motorsport all over the world," said van Kalmthout.

"I’m sure Trevor [Carlin] and his team will have the new USF2000 chassis built up in the best possible way, so I think they can help me to perform on top of my ability."

Team boss Trevor Carlin added: "I’ve been aware of Rinus for a while now and have watched with interest his career in karts. Without a doubt he’s ready for the step into car racing, and together with Benik we believe we have the perfect package to allow him to achieve his potential in USF2000.

"With an improved and revamped car for 2017 and on the popular Mazda Road to Indy programme, USF2000 offers young drivers a very effective route into car racing."

Van Kalmthout is the first driver to sign up for USF2000 in 2017, which will see a new-generation Tatuus USF-17 car introduced.

The first official test will take place on October 8-9 at Indianapolis Motor Speedway.