Supercars rookie Abbie Eaton has come away impressed from her maiden Aussie test at Winton, with a need to 'hustle' the 600-plus-horsepower car the key takeaway from her time behind the wheel. 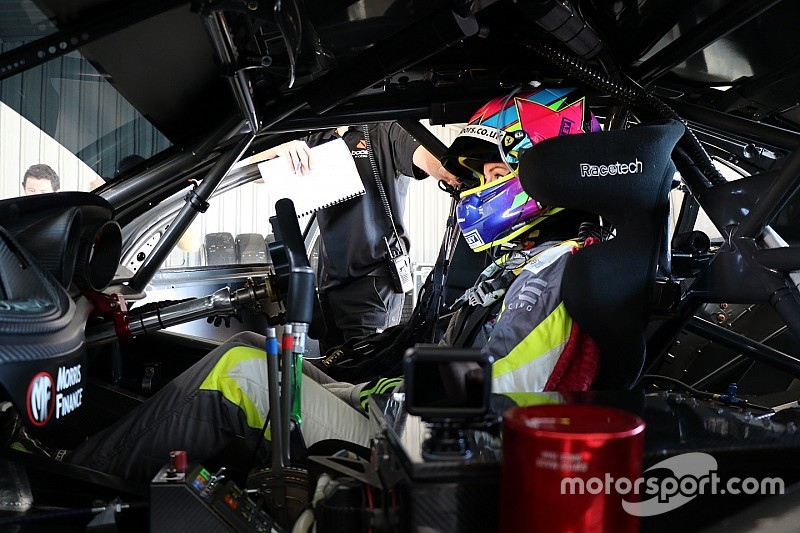 Looking to forge a career down under through the second-tier Super2 series, The Grand Tour tester Eaton cut her first laps in a modern Supercar at an evaluation day with Walkinshaw Andretti United.

Eaton and Porsche star Jaxon Evans shared a VF Commodore at the Victorian track, marking her first experience behind the wheel since landing in Oz before last month's Newcastle 500.

With her background split between GT racing and driving her father Paul's replica VH Holden Commodore at historical events in the UK, Eaton says she was quickly able to pin-point the driving style that was required for the VF Holden.

And while admitting that the braking procedure took some work, she says overall she was impressed with her efforts given both car and track were unfamiliar this morning.

"It was an amazing experience, especially in this kind of weather," she said. "It ticked lots of boxes for me.

"The car was absolutely fantastic, the set-up as well, with the team and the data that I had around me, was perfect place to have a first go.

"The thing I kind of struggled with, or worked on throughout the day, was my braking. In terms of corner speed and throttle trace and stuff like that it was pretty spot-on from the start. But the brakes on these [cars], you've got to bleed off of them super, super early.

"That's what I spend the day learning.

"This is basically a big go-kart. The GT cars have got some much grip and so much downforce that the G-forces are quite high. Whereas this thing is quite under-tyred, so it moves around a lot.

"You've got to really work the car and hustle it a little bit to get the most out of it." 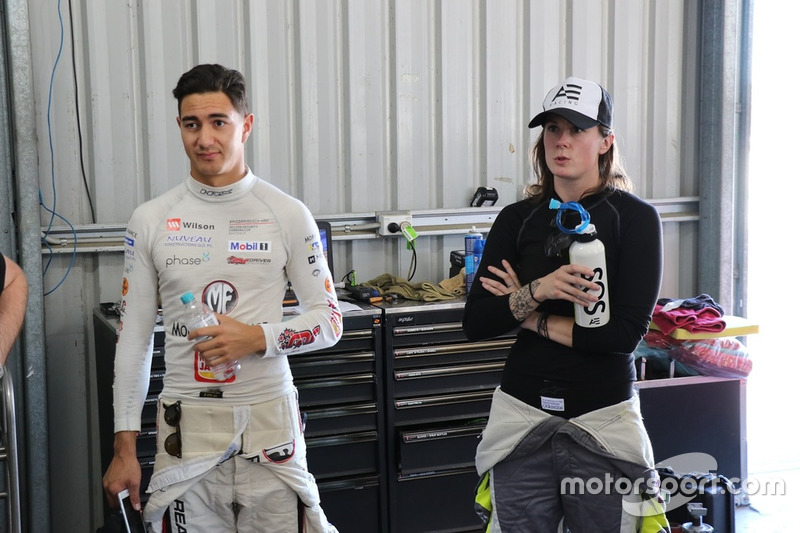 Eaton added that her first taste of Supercars machinery has reaffirmed her plans to try and build a career in Australia ahead of another hit-out with Matt Stone Racing at Queensland Raceway next Tuesday.

"Absolutely. This is 100 per cent where I want to be next year," she said. "Just this little taster, and learning the track as well as the car, I'm quite pleased with what I've been able to get out of the day.

"Hopefully the next test that I do next week will be good."

Brad Jones Racing also fielded a number of young talent at Winton today, headlined by 2018 Australian Formula 4 Champion Jayden Ojeda who jumped in the #21 Super2 entry as part of his price package for winning the series.

“[It's pretty unreal to put the foot down in the Supercar today, it’s got a lot more power than what I’m used to," he said.

"The perspective of looking out, having a roof, all of that is a new experience for me.

“I worked with [experienced engineer] Wally Storey and he has been really good, giving me great advice. He knows his stuff and you can see why he’s ben around so long, he’s a great bloke.

“You need to adjust the driving style of these cars, in the open-wheeler its all about keeping up momentum, where as this more stop and go, you drop it into a corner, turn and go.

"The highlight is the power.”