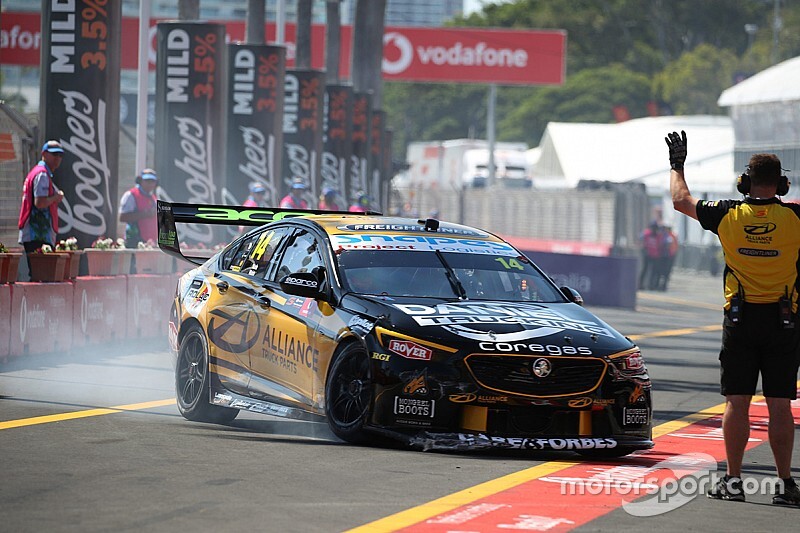 Ash Walsh says he was trying to get out of Warren Luff's way when the pair tangled during second practice for the Gold Coast 600.

Walsh ran wide at Turn 12 before being tagged from behind by Luff on the run to Turn 13, the contact tipping the Brad Jones Racing Holden into a spin that ended with front-end contact with the wall.

It was a costly incident for Walsh, the damage severe enough to mean he missed the majority of the 30-minute session – the only dedicated running for co-drivers.

Explaining the clash, Walsh said he was trying to get out of Luff's way.

“I ran wide the corner before,” he said.

“I saw Luffy coming up to the back of me and thought I’d get out of the road.

“I think he’s just misjudged it and tagged the back of me coming out of the corner and it’s sent me into the wall.

“It’s a shame because you don’t get much running here.”

Garth Tander comfortably set the pace in the crucial session, the Triple Eight driver more than three-tenths clear of the field.

His 1m10.663s was the second fastest time so far today, only Jamie Whincup having been quicker in the earlier primary driver session.

Jack Perkins and Jono Webb were next, as Michael Caruso, Craig Lowndes, Dean Fiore and Will Brown rounded out the Top 10.