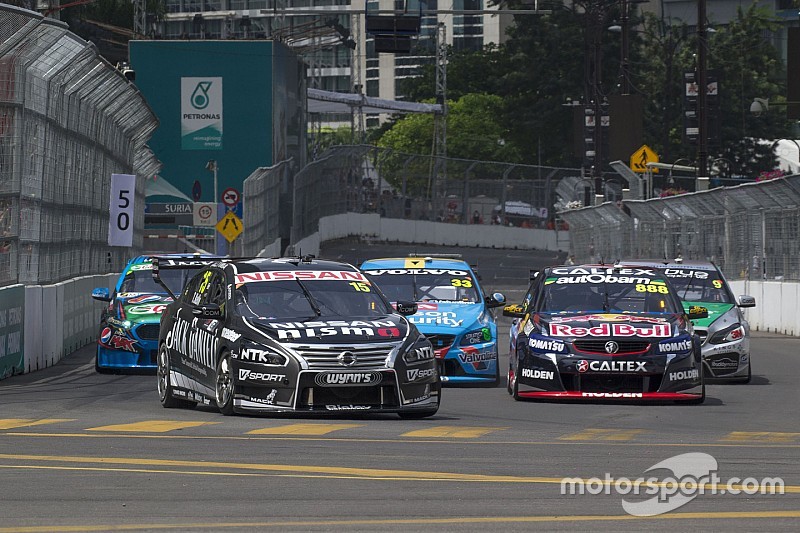 The Nissan driver was one of five that took part in a demonstration event at last weekend’s KL City Grand Prix. And it was a good weekend for Kelly, who took pole position and a race win away from Malaysia.

“There wasn’t a lot of time to get used to the circuit – it was probably the most challenging street circuit I’ve ever been on,” said Kelly.

“It made the Gold Coast and Homebush street tracks look like a walk in the park in terms of the bravery required to do a fast lap.

“A lot of the corners are quite high-speed, fourth gear sweeping corners. Some of them have pretty big bumps in them so it was an absolute blast to put a good lap together, bring the car home in one piece and also be the fastest in qualifying.”

Full field will be “interesting”

With V8 Supercars looking to take a full 26-car field to the event next year, Kelly says a proper race will be “interesting”, and that qualifying well will be crucial.

“It‘s going to be pretty interesting having a full field of cars there next year,” he said.

“The racing wasn’t too bad, but there was only five of us. For the future, it will certainly come down to qualifying, and the agro that we usually get in the second half of the field will be interesting around there.

“Overall, the event was fantastic. For the amount of time that they had to construct the circuit, they did a great job. The people were very enthusiastic and the interest in V8 Supercars was surprisingly high.

“Also, the following that we had for our Nissan was great, too. Every time I passed someone, the crowd would cheer. We were really made to feel welcome.”