Opinion: Is this a Golden Age for Supercars? 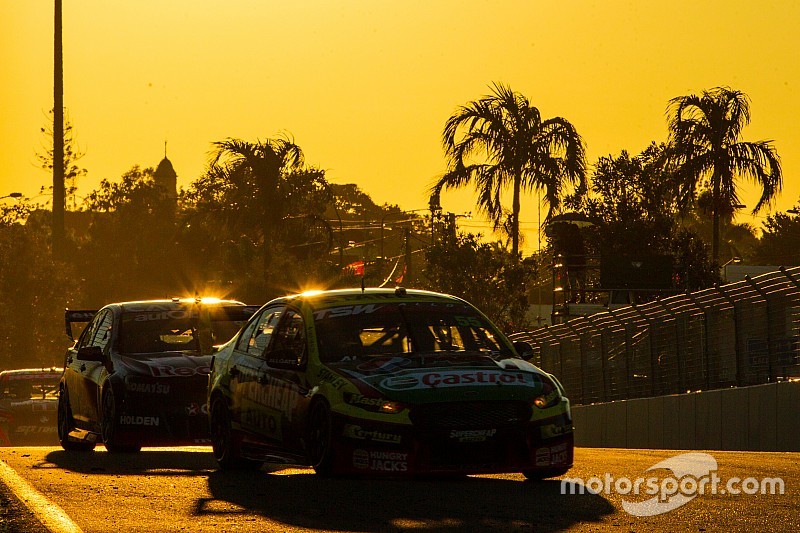 A total of 10 different winners so far this season, a genuine five-way title fight, and proper door-to-door racing. Is 2016 shaping up as one of the best Supercars seasons of the last decade? Andrew van Leeuwen takes a closer look.

Forget Volvo pulling out. Forget the Malaysian round falling over. Forget Gosford giving Supercars the big ‘thanks but no thanks’. Things may not be perfect in Supercars land, but the sport has one overwhelming positive going for it right now. The racing.

Credit where it’s due, Supercars has put on some incredible motorsport so far this season. The tweak to the SuperSprint format has dramatically improved the Saturday action compared to last season, and the increased use of the softer compound Dunlop rubber has given the door-to-door racing a real shot in the arm.

Pair that with the fact that Prodrive has slipped back to the pack slightly, Triple Eight has rediscovered the mojo it seemed to have lost last season (as well as brought a third front-running car into the mix), and Scott McLaughlin is, well, Scott McLaughlin, and you have all the ingredients for what is shaping up to be as good a season as we’ve seen in a decade.

The numbers stack up

The points tell a big part of the story. We are now 15 races into the season, but just 171 points – a little over half of what is on offer on any given race weekend – separates the Top 5.

That’s the closest it’s ever been under the current 300-points-per-weekend system, and a far cry from Jamie Whincup blowout years like 2011 and 2012 where the Top 5 were already stretched out over 482 and 514 points respectively.

At the same point last season, there was 225 points separating the Top 5. The year before, it was 204 points between then leader Mark Winterbottom and Whincup down in fifth (which was also relatively close, but I’ll get to that in a minute…).

The last time (2007 aside) that the points were actually closer was 2006. Back then, there was a similar amount of maximum points on offer (4164), with just 165 points separating the Top 5 after 15 races. That, however, was the height of the cruise and collect points systems, making the gaps between drivers slightly less relevant. There was also a ‘drop your worse round’ rule just to make things a little more complicated.

But there’s more to the story…

The numbers alone aren’t everything. Like I said, both last year and 2014 were relatively close at this point in the season as well.

The big difference, however, is that this time around we have five genuine title contenders. Last year, Winterbottom and Chaz Mostert had emerged as clear favourites by this point of the season, with Craig Lowndes kind of hanging about to keep it mildly interesting after Mostert’s Bathurst crash.

In 2014 Whincup was back in fifth, 204 points behind Winterbottom, after 15 races. Just 10 races later he was back in the lead, and ended up wrapping up the title a round early and finish the year 584 points clear of anybody else.

In 2010, a famously close year, it was well and truly a two-horse race between James Courtney and Whincup by the mid-point of the season.

That’s not the case this season. Whincup, Shane van Gisbergen, Winterbottom, Lowndes, and McLaughlin are all genuinely in the fight. The Bulls have began to show signs of being best in class, but the reality is that all five have the ability and the machinery to make it a season-long battle.

Look at it this way; the two most fragile of the contenders – at least based on their yo-yoing Townsville form – are 104-time race winner Lowndes, and hot property McLaughlin. And I mean fragile in a relative sense, because both drivers are more than capable of staying in contention until Homebush. In fact, they’re both capable of winning the whole thing.

What makes the whole thing even better is that the depth goes well beyond the Top 5. They might be the likely title contenders, but then you’ve got the likes of Will Davison (who is mathematically still well in the game, too), Mostert, the two Penske Fords, and a much-improved Nissan squad that can all run at the front as well.

So there’s no scope for playing it safe, because a cautious qualifying session is going to put you outside the Top 10. Even the luxury that Winterbottom had last year as he eased his way to a maiden title is unlikely to be on offer this time around.

The absolute worse case scenario for the remainder of the season is that the two Red Bull cars really kick things up a gear and drive off into the distance. Should that happen, then yes, the gap between the Top 5 will grow… but the thought of van Giz and Whincup absolutely hammering it out from opposite ends of the same garage is pretty tantalising as well.

Let’s call it a win-win.

Supercars is far from a problem-free sport. Off-track issues like overseas rounds being cancelled, manufacturers walking away, and local councils turning down street races because they can’t see a return on investment are real-world problems that the organisers have to deal with.

But there’s no denying that the on-track product is in career-best form.