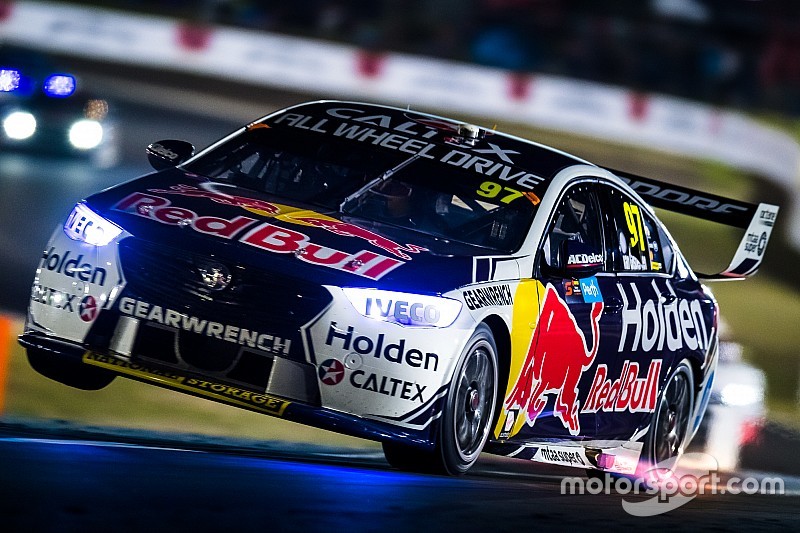 Off the back of a number of mistakes in the early part of the season, including costly wheel losses for Shane van Gisbergen at Albert Park and Jamie Whincup at Phillip Island, Triple Eight elected to re-shuffle its active pit crew for last weekend's Perth SuperNight round.

According to Dutton the decision to "bench" crew members wasn't taken lightly, but, based on the same approach used by traditional team sports like football, was deemed necessary.

"We changed because that’s what you have to do," he said.

"You do have to treat it, we think, like most other team sports, where the line is – call it your run-on team – whether it’s footy or soccer or whatever it might be, sometimes you have to bench a certain player and then change your run-on team, to change and shake it up as much as anything.

"Ultimately you have to put your best foot forward, but you also have to remind everyone that we need to be on our toes.

"And it hurts. It hurts for the crew when they get taken off the line, because it’s such a big adrenaline rush for all the pitstop crew.

"It’s a big call actually, we don’t take that lightly, it’s not something we have a laugh and say ‘oh by the way you’re off the pitstop crew’. It’s a big deal, but we felt it had to happen and we’re happy with [last] weekend."

While coy on specifics of the changes, Dutton added that the primary objective for the new-look crew was to eliminate mistakes across the weekend, something he feels was achieved.

"It sounds simple, but with everything going on it’s not always as simple as it might seem," he said.

"That was as much a priority, and we achieved that. The pitstops were good, the practice sessions were really good.

"Throughout the weekend, each practice session just got smoother and smoother, the crew were doing a fantastic job."

Dutton also hinted that the pre-Perth changes will stay in place at least for the next round at Winton later this month.

"We’ll have to see. Off the back of this weekend we should roll forward with the same team because they did a good job," he said.

"Like anything, if you don’t have reason not to... that doesn’t mean we can’t be better, you can always be better and we do need to be better, but [we're] happy overall."