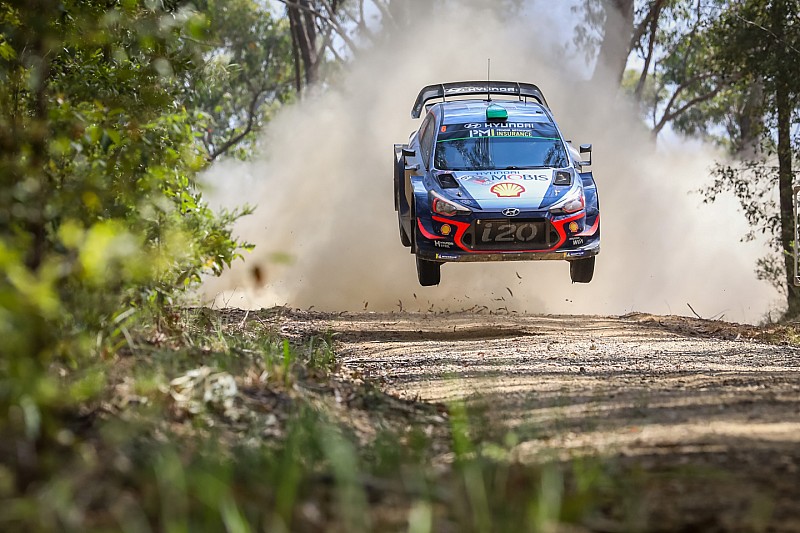 Hyundai’s decision to sign Sebastien Loeb has left Hayden Paddon ‘high and dry’ next season, forcing the Kiwi out of the World Rally Championship.

The former Rally Argentina winner had set his sights on repeating his programme with Hyundai Motorsport next season, but Loeb’s arrival in the Korean squad ended those hopes.

Hyundai management insisted dialogue was ongoing with Paddon, but the programme was too limited for the Kiwi.

The 31-year-old wouldn’t be drawn on what he was offered, but a source in the team’s Frankfurt factory has reported it was a single outing – most likely in Finland – next season.

“We couldn’t find an agreement that worked for both of us,” Paddon told Motorsport.com. “I always said Hyundai was my only realistic target for next season, there just aren’t the seats anywhere else.

“After the signing of Sebastien Loeb we’ve been left high and dry – a seat [and] position which was planned we had after several months of discussions.

“Naturally we are very disappointed, but at the same time understand that can be the reality of professional sport. We can be proud of what we achieved and hold our head high.

“We were always told it was impossible for a Kiwi to be in the WRC. Not only did we get there, we won a rally and have eight podiums, [which] is some nice success that we can reflect on and was not possible without the belief and help of so many people in NZ. Of course, I feel like we could have achieved more but you can’t spend life reflecting on the ‘what ifs’.”

Paddon has driven for Hyundai World Rally Team for the last five years and while he takes a step back from the WRC next season, he will remain in the sport.

“This is certainly not the end,” he said. “Rallying is in my blood and it’s just a matter to regroup and plan the next steps. We have some nice ideas [and] projects that we will try and put in place to take on the world with our own Kiwi team.

Driving a Hyundai i20 AP4 built by his own Hyundai NZ team, Paddon dominated this year’s New Zealand Rally Championship, winning five from five rallies. He is looking to expand his operation and his role as an ambassador for Hyundai New Zealand, a key market for the Korean manufacturer.

Paddon’s announcement would indicate that, despite speculation, Andreas Mikkelsen will contest the full season alongside Thierry Neuville.

Loeb and Dani Sordo will share the third factory i20 Coupe WRC.