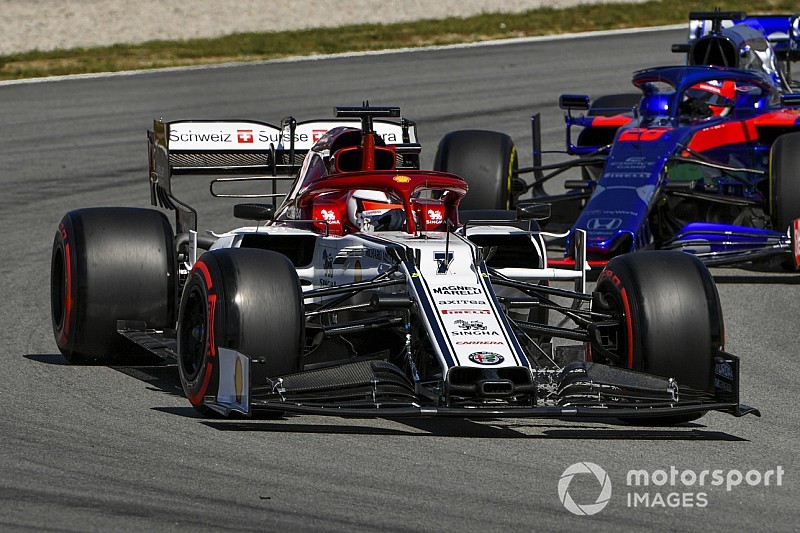 Alfa Romeo has put in place a permanent fix to the wing issue it encountered in Baku to ensure Kimi Raikkonen's exclusion from qualifying in Azerbaijan is not repeated at the Spanish Grand Prix.

Raikkonen had to start from the pitlane in Baku after his front wing failed a deflection test on Sunday morning.

The wing had a problem with the flap adjuster hook on both sides, which was changed to a new specification for the race.

Team boss Frederic Vasseur said the issue should not be repeated this weekend.

"Just to clarify, that I think first we were out of the spec, we did a mistake," he said. "Perhaps you could consider that the decision was a bit harsh, but it’s like this. We have to clean in front of our door first. I think the mistake was on our side and for sure that we are not coming to Barcelona with the same wing."

Alfa had identified a component weakness ahead of the Baku race following a problem Raikkonen had suffered in an earlier grand prix.

However, resolving that properly was not possible during the run of flyaway races, hence a final fix being readied for this weekend's race.

Asked by Motorsport.com to clarify whether Alfa had needed to change the specification or simply replace it with a new component, Vasseur said: "We changed the hook and the fixation."

Aside from change the adjuster hook, Alfa's front wing has been upgraded for the Spanish GP.

The team has revised the inner wing tips and the shape of the elements sitting between the flap adjuster and the endplate.