Vettel: Ferrari team orders this year nothing like Multi 21 storm 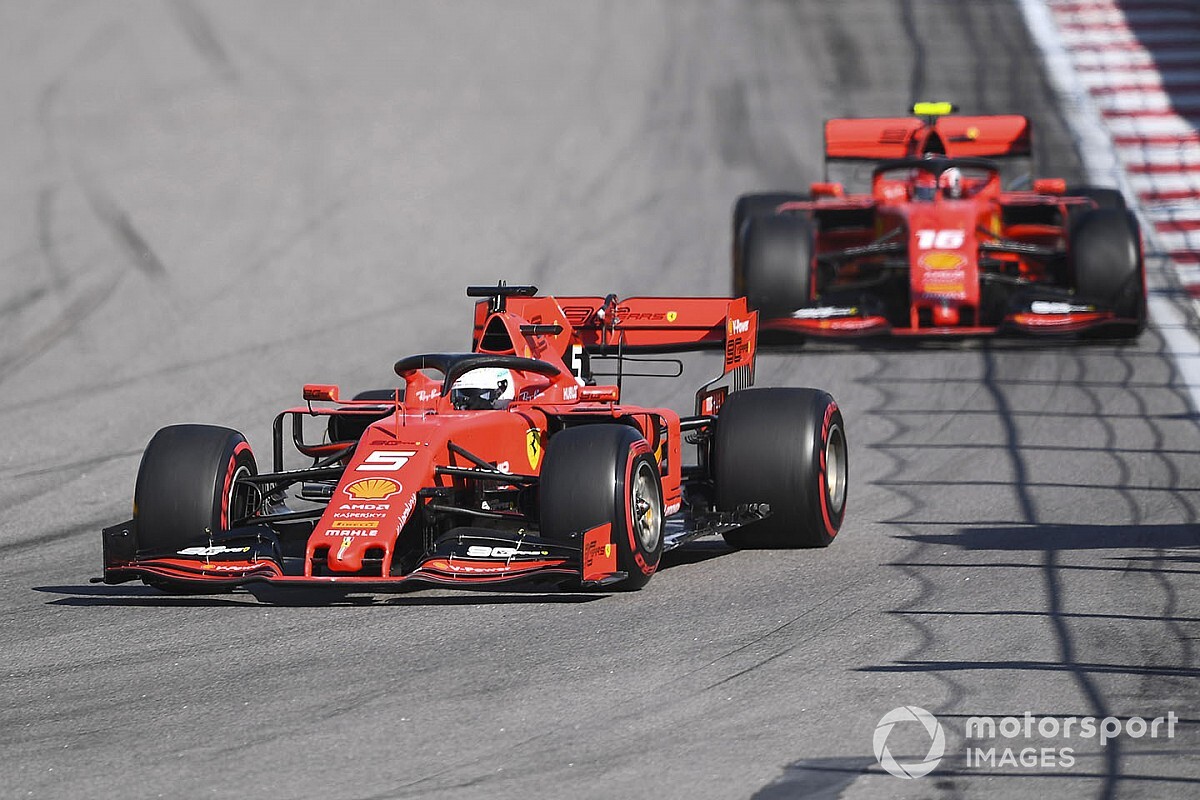 Sebastian Vettel believes dealing with Ferrari team orders in Formula 1 is different to Red Bull's Multi 21 controversy, but think drivers should still "stand up for yourself" if necessary.

Ferrari has openly tried to employ team orders on Vettel and his new teammate Charles Leclerc this season, with team boss Mattia Binotto repeatedly stating he believes Ferrari will benefit if it can control its drivers.

However, this has backfired on occasion, with the Russian Grand Prix providing the biggest flashpoint when Vettel passed Leclerc at the start but failed to give the place back afterwards, defying a pre-race team agreement and an instruction during the grand prix itself.

That drew comparisons with the 2013 Malaysian Grand Prix, when Vettel ignored a Red Bull team order not to attack Webber and passed the Australian for the lead.

Vettel said that immediately after the Russian GP he did not believe he contravened what was agreed pre-race, but after reflecting on the incident and discussing it with the team later admitted what he did was incorrect.

On the topic of team orders, Vettel told Motorsport.com: "Inside the car it's sometimes difficult to know everything, because you cannot see everything. So it depends really the situation. And I don't think you can stereotype, say 'he was right, he was wrong'.

"Obviously if you look back with Mark it was a different situation, because we were working as a team together for many years, I don't think we worked really well together! And then the day came where I was asked to do something, and I never got any favour before, so why should I give a favour now?

"So, it was a bit of different situation, but in the end you look after yourself. You have to also stand up for yourself and [for] what you believe is right. Whether then afterwards you were still right or wrong, it is a different story."

Vettel said that a driver's ability to be selfish has dimmed compared to previous decades because F1 "has become more of a team sport".

However, he said that the need to put the team first has become even more apparent since he joined Ferrari in 2015.

"It is a difficult one, especially nowadays," said Vettel. "If you compare to the 70s, 80s, early 90s, then it was still like the driver was the main figure.

"And especially with Ferrari. It is fair to say, that the team is bigger than anything else. Bigger than the driver."