Jan Magnussen: Bad Daytona result but reasons to be hopeful

Motorsport.com columnist Jan Magnussen was left gutted by such difficult start to his title defense, but is upbeat about the pace that the Corvette C7.R showed as it starts its sixth year of IMSA competition. 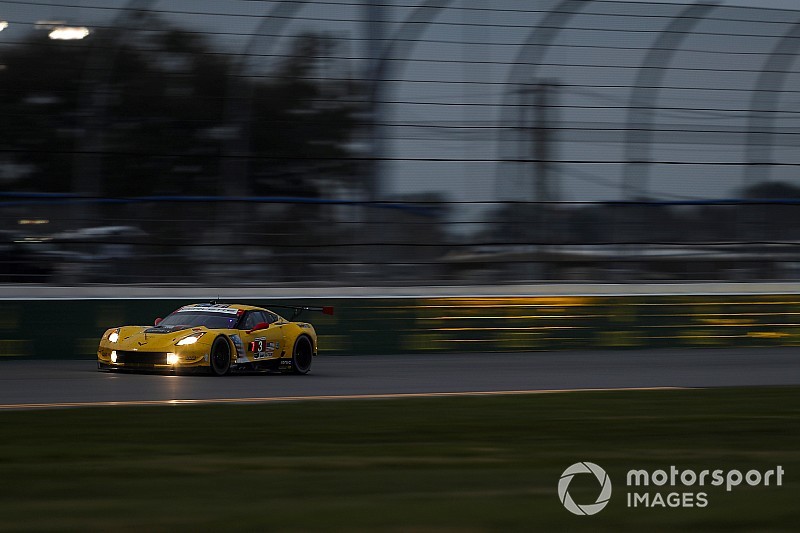 It wasn’t only the weather that put a bit of a damp start to our 2019 IMSA WeatherTech SportsCar Championship. The end result for Antonio Garcia, Mike Rockenfeller and myself wasn’t what we were looking for.

The upside, however, was that our Corvette Racing C7.R was very quick all week and we head into the rest of the season full of confidence.

Last year, we managed to come out of Daytona with a podium, but this season we had to settle for sixth place. After qualifying second, we managed to lead a bunch of laps and then had an issue in the pits which put us down three laps.

Then we managed not only to race our way back onto the lead lap but took the #3 Corvette all the way back into the lead. However, before the halfway mark, we suffered issues with the telemetry and the dash which ran us out of fuel and sent us back to the garage – we ended up losing 10 laps to the leaders.

We managed to get two of those laps back, but there was so little running with all the rain, red flags and safety car periods in the second half of the race there was virtually no chance to get back in touch with the guys on the lead lap.

It can make for a very long night when you are in fightback mode like that. You just have to keep circulating as fast as you can and take full advantage of the fantastic strategy work by the Corvette Racing crew to try to get laps back whenever there is a safety car.

I’m disappointed for the team because they had worked so hard we had a really fast car again. Corvette, Antonio and I have managed to win the championship two years in a row, and Corvette Racing has three consecutive titles at a time when the GTLM class has never been more competitive.

In 2018 we managed to take the title without winning a single race – this year we’re out to make amends for that. Last year we had two rough results – finishing eighth at Sebring and Petit Le Mans – but every other race we managed to finish in the top four. So in the grand scheme of things, sixth isn’t horrible, but we’re certainly aiming to try and grab a couple of wins to get us back among the front-runners.

Consistency is the absolute key, however, to taking the title at the end of the year. That – and making sure when you do have things go wrong you squeeze every last point you can get out of the day.

A huge thanks go to Antonio and Corvette Racing again. We’re also so lucky to have a guy like Mike Rockenfeller who can step in and be right on the pace. Every time he gets in the car it is like he never left. We’re lucky that he’ll be with us again for all the endurance races this year.

While the day was pretty damp at Daytona, it was certainly pretty cool to kick off the 50th year for IMSA. I’m still a bit shocked that this is my 20th year of IMSA competition. I’m really proud to have had such an incredibly long career in this series.

I’ve had the chance to race with some amazing teams like Corvette Racing and do battle with an incredible collection of drivers.

But just because I’ve been here 20 years doesn’t mean it’s time to wind back. Antonio and I want that third consecutive championship, and we’re going to do everything we can to make it happen again this year.

Garcia on emotional Rolex 24 win after bereavements and COVID