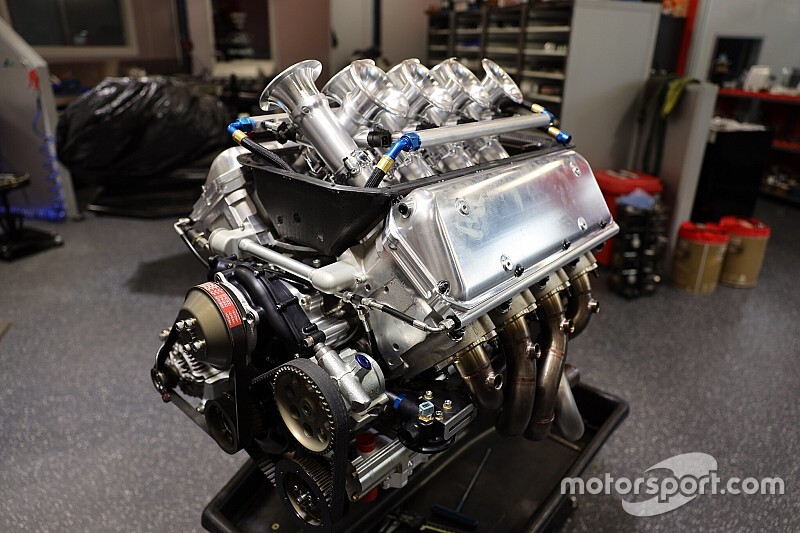 Supercars currently faces an uncertain future in terms of manufacturer support, thanks to General Motors' decision to close down the Holden brand at the end of 2020.

It could leave Ford as the only OEM formally involved in the series next season – unless teams can convince new brands to invest in a Supercars programme.

According to Walkinshaw, who has already said he'd prefer his Walkinshaw Andretti United team didn't continue with the Commodore in 2021, that process would be made easier by a control engine option.

He reckons the series should follow the lead of the British Touring Car Championship and its TOCA engine, offering an affordable Supercars-branded unit that manufacturers would feel comfortable powering their body shape.

"What's interesting is that a couple of the manufacturers we've spoken to, when we talk about the engine, they're like 'we don't care about the engine, we just want the body shape'," he told the Below the Bonnet podcast.

"And they're like 'how much of a Chev engine is it?' And I'll say 'it's a Chev engine, but it's actually a Walkinshaw engine'.

"The easy solution is to have a category engine, a centralised engine which is based off something – and it doesn't matter what it is.

"The funny thing is it would probably be a Chevy block or a Ford block anyway, because that's what everyone is used to, but it would be branded Supercars, so any manufacturer can just come in. That's what the British Touring Car Championship does with the TOCA engine.

Walkinshaw reiterated his hopes that Supercars will expedite some elements of Gen3 for next season, in particular a lower roll hoop that would better suit two-door cars.

While conceding that it may provide some parity challenges, particularly if other teams continued with the current-spec Mustangs and Commodores, he reckons the opportunity to bring in a new make and/or model shouldn't be missed.

"What should happen, in my opinion, is the roll hoop should be changed as an immediate step, for next year," he said.

"Because that instantly opens the door for a couple of manufacturers who I know are on the sidelines who would be interested in running products that would fit that roll hoop.

"Faster, lighter, different stiffness – there's a lot of variables. We call ourselves a parity series and that will create complexity. And we've already seem how difficult it is to gain parity even on tings we think we understand, like aerodynamics.

"Having potentially two different chassis in the category will be difficult, having a body shape which is lower by up to 90 millimetres is a challenge.

"I also completely understand Ford's position on this, because they've invested a lot of money in the current Mustang. If I was Ford, I'd be sitting there saying 'hey guys, we've committed to this. This is totally unfair, you never said you were changing it in two years time'.

"I fully understand why people would be opposed to that, and that's a challenge as well – getting people along for the ride.

"Maybe we do have some Commodores going around next year. Maybe that's fine.

"But I think being proactive and trying to encourage at least one other manufacturer to come in next season – and the clock is ticking – is important. Just so we have two proper manufacturers in. And then Commodore could remain as a third."