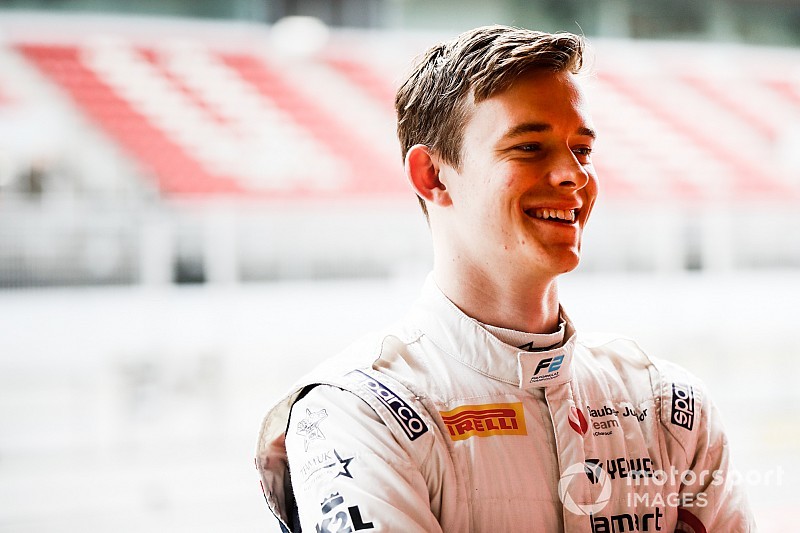 Ferrari junior Callum Ilott will get his first on-track Formula 1 experience in May’s Barcelona test, where he will join the Alfa Romeo team’s driver line-up.

Alfa and the Ferrari Driver Academy have confirmed that the Formula 2 rookie will complete one day in the Alfa Romeo C38 at the Barcelona circuit, following the Spanish Grand Prix, after Mick Schumacher drives for the team in Bahrain.

This fulfills part of the team’s requirement to field two ‘rookie’ drivers across half of its four days of official testing during the season.

Schumacher will make his contemporary F1 debut next week by driving for both Ferrari and Alfa across a two-day tyre test in Bahrain, having driven his seven-time world champion father Michael's 1994 Benetton in a demonstration run two years ago.

Alfa team principal Frederic Vasseur said: "We are very pleased to announce that Mick Schumacher and Callum Ilott will each complete a rookie test day for Alfa Romeo Racing.

"It is in our team's DNA to spot and nurture young talents.

"Mick and Callum are perfect examples of determined and skilled racers who deserve to be given the chance to take the next steps in their careers.

"Collaborating with two such promising drivers is great news for our team, and we look forward to working together."

Schumacher joined the FDA for the current season while Ilott has been on Ferrari's books since 2017, having previously been backed by Red Bull.

Current Ferrari driver Charles Leclerc is the first FDA graduate to have been promoted to the Maranello team.

Ferrari team principal Mattia Binotto said the testing opportunities for Schumacher and Ilott could be "very useful at this stage in their career".